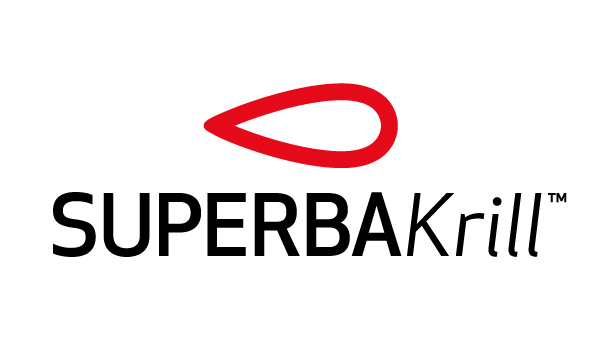 Four years in the making, a new clinical trial represents the largest, longest, and highest dose study, to date, investigating the effects of krill oil on osteoarthritis of the knee. This study builds on previous research on krill oil’s benefits for joint health and reinforces krill oil as a serious contender in the joint health space.​

Krill oil for joint health? Yes…and here is why​

Antarctic krill is sustainably harvested from the pristine waters of the Southern Ocean. As a clean marine supplement, krill oil delivers a natural combination of vital nutrients for human health—phospholipids, omega-3s EPA and DHA, choline and astaxanthin. Krill oil is unique as its phospholipid advantage provides better integration of omega-3 and choline into the body’s cells. This is key as improving joint health starts at the cellular level and boosting cells with nutrients from krill oil helps the body deal with oxidative stress, inflammation, and other important factors for joint health. Furthermore, the choline naturally found in krill oil, is beneficial for muscle function and health. Healthy muscles are vital for supporting and protecting our joints.

The science behind krill oil’s effects for joints​

Those suffering with joint pain might find relief in knowing that years’ worth of krill oil research is the proof needed for the more than 500 million people worldwide who live with arthritis and joint pain.

Omega-3 and krill oil research for joint health shows that these fatty acids inhibit a number of aspects of inflammation and help improve the inflammatory response in osteoarthritis. When it comes to krill oil and joint health, previous research has demonstrated krill oil’s ability to significantly alleviate symptoms caused by osteoarthritis with particular focus on improving knee pain and stiffness (1,2). Now, a new study published in July 2022 represents the longest and largest krill oil joint health study, solidifying years’ worth of research.

This research is imperative as arthritis is the leading cause of disability in the U.S., costing the public health care system approximately $303 billion each year (3). One of the more common forms of arthritis is osteoarthritis (OA), a disease that often results in joint pain, particularly in the knees, in 30% of adults above age 40 (4).

In pursuit of non-surgical relief for patients, researchers from the Commonwealth Scientific and Industrial Research Organization (CSIRO) decided to investigate whether krill oil phospholipids, a natural source of omega-3, choline and astaxanthin, could be a successful daily supplement to help ease painful arthritis symptoms in patients.

The new study, published in the top-tier American Journal of Clinical Nutrition, concludes that krill oil improves knee pain, stiffness, and physical function in adults between 40 to 65 years old with mild to moderate knee osteoarthritis.

The study, led by Dr. Welma Stonehouse, was a randomized, double-blind placebo-controlled study run by the CSIRO Australian researchers across three clinical sites over the course of six months. The team assembled a test group of 235 healthy patients who were randomized to receive either krill oil (Superba BOOST) or placebo.

The clinical trial resulted in significant improvements in knee pain, stiffness and physical function in adults with mild to moderate knee OA. Furthermore, participants with the greatest level of inflammation at the start of the study had the biggest pain improvement and the levels of omega-3 (Index level) increased in people in the krill oil group from 6.0% at baseline to 8.9% at three months and 9.0% at six months.

Inflammation is a common attribute of this type of arthritic pain, and short-term relief in the form of non-steroidal inflammatory drugs (NSAIDs) is often the go-to remedy for temporary treatment. Stonehouse and her team aimed to test a theory that the long-chain omega-3 fatty acids EPA and DHA found in marine sources such as krill oil phospholipids could help reduce the inflammation and associated pain in arthritis sufferers (5,6).

The results from the study revealed that all participants that consumed krill oil phospholipids daily for six months experienced improvements in their knee pain, stiffness, and physical function. The study also showed that the participants who had the highest degree of inflammation at the start were the ones to experience the greatest improvements in knee pain by the end of the study.

“What we know about krill oil phospholipids is that it is a superior means of transporting and delivering nutrients to the body, namely omega-3 and choline, bringing it directly into the cell membrane in all the tissues of the body,” says Line Johnsen, Senior Vice President Human Health and Nutrition and Regulatory Affairs in Aker BioMarine Antarctic. “When humans ingest a daily supplement of krill oil, we start to see a positive change in how the body deals with things such as oxidative stress and inflammation”.

How does krill oil phospholipid omega-3 play a role in inflammation? ​

Krill oil phospholipids is the oil extracted from the species Euphausia superba​, otherwise known as Antarctic krill. They are small crustaceans that live in large swarms in the Southern Ocean. Rich in omega-3 fatty acids, krill oil’s fatty acids are unique in that they are bound in phospholipids, which results in a high content of choline as well. When a patient increases uptake of omega-3 fatty acids it can replace the omega-6 fatty acids in the cell membranes, which in turn contributes to a better (and less) inflammatory environment.

“Krill oil phospholipids are a natural and sustainable source of important nutrients, and it can be used as a dietary supplement across the lifespan. Researchers around the world are now uncovering more possibilities for the use of krill oil to improve human health, including a recent study on how krill oil consumption improves heart health (7). We now see positive effects of krill oil phospholipids on osteoarthritis and joint health, says Line Johnsen.

Dr. Stonehouse and the CSIRO team believe their findings, in conjunction with other research on the topic, are a sign of hope for the more than 500 million people (8) around the world who suffer from the symptoms of arthritis. When the pain is mild to moderate, arthritis sufferers can experience relief with a daily dose of krill oil phospholipids according to the researchers, whose study can now be read in The American Journal of Clinical Nutrition (9).

“It’s about taking a proactive approach to your health and seeking natural alternatives that can deliver lost-lasting, positive effects,” says Johnsen. “Krill oil phospholipids prove time and again, through scientific study and research, that it can be a powerful ally for you and your health.”

Your next product innovation…krill oil for joint health​

Krill oil has far reaching health benefits for joint health and beyond, helping to strengthen the pipeline of exciting science and innovation projects at Aker BioMarine.

Krill oil acts like a multi-nutrient supplement, delivering whole body benefits. But at the same time, condition specific SKU’s are possible. While krill oil is a stand out, stand-alone ingredient, its unique format allows it to be blended with other ingredients efficiently.

“There is no question that krill oil comes with a multitude of benefits and there is no other supplement that provides these vital nutrients in such an efficient delivery form that krill oil can.” says Charlie Ross, SVP Americas, HH&N, Aker BioMarine. “To that end, we are excited about the endless potential that krill oil has for the joint health category as seen in this new study and previous studies.”