Funding new research, supporting new research tools and maximizing supplements knowledge will form the cornerstone of US Office of Dietary Supplements (ODS) activity, the body has stated in a five-year mission statement.

Canadian natural and organics group SunOpta has reported a narrower loss in the fourth quarter of 2009, attributing improvement to restructuring and continued consumer interest in health and wellness.

Increased intakes of soy and its isoflavones may decrease the risk of type 2 diabetes in overweight women, says a new study from Japan.

Canadian functional protein developer, Burcon NutraScience Corporation, has taken another step to commercializing its canola protein extracts by filing for GRAS (generally recognized as safe) with the Food and Drug Administration.

Improved soybean plants able to produce tailor-designed proteins and oils will be available in three or four years, according to the US team which recently mapped the plant’s genetic sequence.

Increased intakes of soy and soy products may reduce the risk of death and breast cancer recurrence, says a new study in the Journal of the American Medical Association.

A compound often discarded as waste in soy-processing plants may stop inflammation, and protect against chronic diseases like diabetes and heart disease, says new research.

Canadian natural and organics group SunOpta has entered into a strategic alliance with Specialized Protein Products of South Africa, to increase its profitability and access to soy ingredient markets.

Natural lipid compounds found in soy may prevent the development of colon cancer, the third most deadly form of cancer, says a new study.

Demand for nutraceutical ingredients to reach $21.8bn by 2013

Global demand for nutraceutical ingredients is tipped to reach $21.8bn by 2013, according to a new study by research firm The Freedonia Group.

Supplementation with soy-germ derived isoflavones may reduce the loss of bone in postmenopausal women, according to results of a new study from the US.

Scoular has signed a distribution agreement with a Chinese manufacturer to secure a lower cost, non-GM supply of soy protein isolate for nutritional products and meats.

Phytoestrogens like soy and red clover isoflavones pose no safety issues with regards to heart health and breast cancer risk, according to a new meta-analysis from Austria.

Supply: The back-end of brain health

In the third article in this brain health series, we break down some of the key ingredients in the sector. 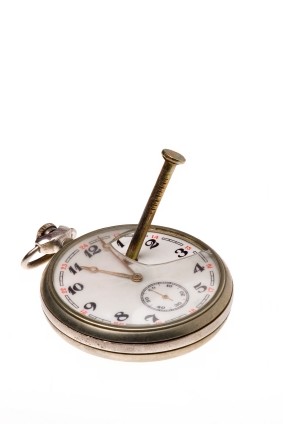 NutraIngredient’s Snack Size Science brings you the week's top science every two weeks. This week we look at the potential of soy to slow the ageing process and extend lifespan.

Soy isoflavones may activate anti-ageing proteins and lead to an extension of life, suggests preliminary research from Newcastle University in the UK.

Targeting men with products for bone and joint health could be a way to grow market share in an increasingly competitive environment, suggests new research from market analyst Frost & Sullivan.

Soy protein may reduce cholesterol levels for diabetics, too

Increased intakes of soy protein may reduce cholesterol levels in people with type-2 diabetes, says a new study that expands on the heart healthy potential of soy.

Making the most of isoflavone marketing

The manner in which pre-menstrual and menopausal indications for soy and red clover isoflavones that recently won approval from the European Patent Office can be translated into marketing messages, is being debated among soy players.

Iowa-based World Food Processing has purchased a stake in soy powder specialist, SoyLink Assets, for an undisclosed sum as the soy and pea player consolidates its soy operations.

Daily supplements of soy isoflavones could help boost a man’s mental function and memory, according to findings of a small study from Australia.

The consumption of soy products could decrease the risk of lung disease and breathlessness, according to a new study from Japan.

Emerging human studies in isoflavones demonstrating the “modest but valuable benefit for menopause relief” presented at a symposium of almost 20 isoflavone experts in Italy should dismiss animal studies that have questioned the safety of the antioxidants,...

High intakes of soy during adolescence may reduce the risk of breast cancer before the menopause by about 40 per cent, according to new data.

Soyfood sales broached $4 billion in the US for the first time in 2008, according to organic and natural foods market analyst, SPINS.

Soy isoflavones do not increase or decrease the density of breasts, say results of a new clinical trial from the US that support the safety of the supplements.

Nattokinase, an enzyme extracted from fermented soy, may reduce levels of compounds linked to blood clotting, and cut the risk of heart disease in people at-risk of the disease, suggests new research from Taiwan.

Soy isoflavones in the aglycone form may reduce cholesterol, improve antioxidative properties of the liver, and prevent degeneration of the vaginal wall, suggests a new study with rats.

High intakes of soy during childhood may reduce a woman’s risk of breast cancer later in life by 58 per cent, according to a new study.

Feeding newborns soy protein-based formulas may favourably boost the bone strength later in life, according to a new study with mice.

Nattokinase, an enzyme extracted from fermented soy, may prevent the build up of certain plaques in the brain linked to Alzheimer’s, suggests new research from Taiwan.

Soy foods could be a better source of isoflavones than supplements, according to a new study from Stanford.

Soy Labs has launched two soy ingredients aimed at the dietary supplements and functional food markets that have for the first time commercialized the soy protein component, lunasin.

Questions have again been raised concerning the consumption of soy isoflavones for improved blood flow and heart health, following publication of a joint Anglo-Australian study.

More than 50 per cent of consumers polled in a recent survey admit they know very little about soy with less than one in five consuming soy products on a weekly basis, according to a new survey.

Companies are spying opportunities to market soy based products as a replacement to dairy following the melamine milk crisis that hit China and echoed across the globe.

Natural products retail market analyst, SPINS, has jumped the border to include the Canadian industry in a move the company says will benefit “retailers and suppliers alike.”

Cleaning up the supplements industry: Call for comments

At the end of last month, the founder of a US supplements company received the most severe punishment yet to be handed out for fraud in the industry: a 25-year jail sentence. NutraIngredients is calling for comments on this historic decision.

The prescribing of statins for eight years-olds is tantamount to
saying that food and diet have failed, and that children are
incapable of changing their eating habits and lifestyle.

Science of slimming ingredients to get Berlin spotlight

Stepping out of the shadow of uncertainty cast by the US weight
management market, slimming ingredients will get the spotlight in
Berlin next week.

The Canadian natural foods industry has embarked on a major
lobbying campaign, calling for an overhaul to legislation that
could place pharmaceutical controls on dietary supplements.

The soy ingredients market has grown up a lot in 20 years. Solbar vice president of marketing and development Gary Brenner casts an eye over a mature ingredients sector.

US Capsule manufacturer Capsugel has launched a new program to
provide dietary supplement manufacturers with easy access to a
range of colored capsules at short notice.

A petition by drug firm GlaxoSmithKline (GSK) requesting that
weight loss claims be treated as disease claims maintains that
there is no credible science to back up weight loss ingredients
used in dietary supplements.

In the last article in a series on the global nutraceuticals
market, NutraIngredients-USA.com examines some of the emerging
markets around the world, including Brazil, India, Africa and the
Middle East, and Turkey.