Growing up, many of us were warned about falling victim to tampered Halloween candy, with parents echoing urban legends of poisoned candy or treats containing sharp objects.

While the warnings of contaminated candy from strangers will undoubtedly persist, another cautionary tale is emerging—and it’s hiding in plain sight.

More than a sugar high

According to cannabis market intelligence firm Headset, gummies account for more than 71% of all edibles purchased in the US and Canada. The prevalence of THC-infused edibles is leading to a number of companies selling products packaged to resemble popular candy brands many kids look forward to snagging on Halloween night.

But instead of ‘tasting the rainbow,’ kids are tasting the THC. The packaging is so uncanny, kids are inadvertently eating this knock-off ‘candy’ and winding up in the hospital.​

“If you don’t put on a pair of glasses and read the fine print, you wouldn't even know that they contain THC. Some of these amounts--600 milligrams, 400 milligrams--that's a pharmaco​therapeutic amount. That's going to do something,”​ said Robert Durkin, of counsel at Arnall Golden Gregory LLP.

THC-infused candy that lacks clear, identifying labels is a concern for Durkin and his colleague Kevin Bell, Partner at Arnall Golden Gregory LLP.

“​They're so similar that it's scary. I mean, if you look at some of the wrappers for Skittles and Jolly Ranchers, and Starburst and even the Sour Patch Kids, it's scary how close they look. I mean, even the stuff that I currently have in my office as evidence, I had to make sure I put that stuff in the boxes so someone didn’t run by and grab a bag of that stuff,”​ said Bell.

Durkin also has several of these knock-off products in his possession being stored as evidence. “I opened up the Skittles. They didn't even just rip off and try to mimic their packaging. They went as far as putting the ‘S’ on these things so they actually look like Skittles,”​ said Durkin, the former deputy director for FDA's Office of Dietary Supplement Programs, “As a father, I got my kid 10 feet away from me. He's eyeing these things up. He wouldn’t have known not to open these things up and eat them. This is going to be a real problem this Halloween if we're not careful.”​

Bell said the big question is who to go after in order to put a stop to it, adding that part of the puzzle is figuring out what entry point would yield the biggest impact.

“We see this when we do any type of patent litigation. Where are you really trying to cut the head off the snake? Y​ou want us to go after a large retailer, like Vitamin Shoppe or GNC for all of their third party products that contain whatever ingredient you have a patent on? Or do you want to go after the actual sports nutrition brand, or do you want to go after the people who are actually making it, because that act of making it is an act of infringement,”​ explained Bell.

“That's actually the turnkey question from an intellectual property and a safety standpoint. Who are you going after? Some people say we want to find the people who are manufacturing the gummies. No, not necessarily. What these brands should be chasing are the people making the packaging,​” said Bell.

Unfortunately, you don’t have to own expensive equipment or be a printing expert to produce the packaging that looks just like a candy wrapper. Bell said packaging could literally just come from some dude in his mother’s basement.

“When I saw how little you could buy this for, that’s usually the barrier to entry. But the minimum order quantity or the MLQ  for a lot of this packaging is sometimes between sixty to a hundred units. So, you know, for $50 or $60 bucks, people can have a house party and create their own THC infused  gummies,”​ said Bell.

In addition to the safety concerns of edibles that deliberately mimic the trade dress of consumer brands, these products can lead to reputational damage to food companies and also be costly for companies trying to protect their brands from infringement.

Last May, Mars Wrigley, the makers of Skittles, fired off several lawsuits—including one filed in federal court in Chicago—alleging the companies selling THC-infused ‘candy’ products are infringing on its trademarks.

Mars Wrigley said the decision to take legal action was meant “to send the illicit cannabis industry a strong signal to stop illegally using the company’s brands and products.”​

“At Mars Wrigley we take great pride in making fun treats that consumers can enjoy safely. We are deeply disturbed to see our trademarked brands being used illegally to sell THC-infused products, and even more so to hear of children ingesting these products and becoming ill. We have very stringent quality and safety measures in place so parents (and all candy lovers) can feel confident enjoying our products with their families. We also encourage our consumers to always be observant and mindful when handling and sharing their Halloween treats so this special time of year is safe, fun and a great experience for everyone involved,”​ a company spokesperson told NutraIngredients-USA.

“We’re focused on making sure that the appropriate guidelines are set for distinguishing cannabis-containing edibles from traditional confectionery. After all, when THC or another cannabis-derivative ingredient is added to confectionery the product is no longer candy,” ​said Christopher Gindlesperger, Senior Vice President of Public Affairs & Communications at the NCA. “Our recently established cannabis principles are at the core of our advocacy on this topic and they touch on safety, trademark issues and more.” ​

According to these principles, the NCA recommends that states enact laws or promulgate regulations that clearly distinguish marijuana-containing edibles from conventional foods, protect consumers from harm and prohibit abuse of the intellectual property of other companies.

“Many states have enacted such requirements, and as more states move toward legalization, these protective measures should be in place immediately following legalization so that children do not end up in emergency rooms and companies do not have to expend resources to protect their brands from obvious infringement. These measures should also be part of any comprehensive federal cannabis legislation, such as the Cannabis Administration and Opportunity Act,”​ the NCA said.

Bell and Durkin agree, bringing on the enforcement action is tricky. Local and state governments along with federal agencies could all technically be tasked with enforcement.

The situation could be likened to e-cigarettes. In early 2020, the FDA issued a policy prioritizing enforcement​ against certain unauthorized flavored e-cigarette products that appeal to kids, including fruit and mint flavors. Under this policy, companies that do not cease manufacture, distribution and sale of unauthorized flavored cartridge-based e-cigarettes (other than tobacco or menthol) within 30 days risk FDA enforcement actions.

Durkin said the DEA is one agency that could certainly play a role. “THC is a Class 1 scheduled narcotic.  This might be something the DEA has to get involved in. There may not be a lot of money to take from some of these folks, but you throw their ass in jail for a year for violation of the Controlled Substance Act—that might do something.”​

Durkin added that’s he simply amazed by the number of different websites at his fingertips selling these selling the infringing products. “It’s just overwhelming."​

“What I do know from doing enforcement efforts in the past  where it feels overwhelming, is once you start, none of these people have the legal standing or monetary force to fight. And once people realize the game is up, it does start to go away,” said Bell. “Once they start realizing that someone's tracking them, that someone's watching them, then all of a sudden they get that knot in their stomach, thinking ‘I could be next.’ And it does start to go away.”​

The FDA declined to comment and DEA did not respond at the time of publication. 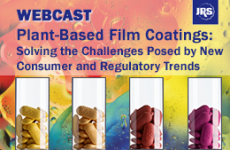