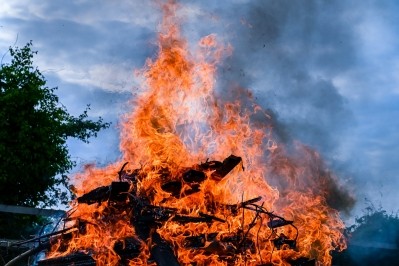 Health claims, novel foods, labelling, GMOs… the recently introduced Retained EU Law (Revocation and Reform) Bill could have far reaching implications for the food and nutrition industries in the UK.

Habitual intake of fish oil supplements is associated with a lower risk of cardiovascular disease (CVD) and death, according to a large prospective cohort study.

The rapidly-growing age segment of over-85s has been neglected in both nutrition research and dietary recommendations, say UK researchers behind a large-scale trail-blazing study.

Recent years have seen an upsurge in supplement use. Products that were only available in specialist health food stores have gone mainstream, available alongside groceries in the supermarket and online.

US site Bodybuilding.com has opened its first UK distribution centre to better cater to its customer base in Europe - part of a community that includes 25 million unique visitors to its websites each month.

The UK's Food Standards Agency (FSA) has this morning played down
claims that dairy processors could face having to include
cigarette-style health warnings on products like cheese and butter.

Israeli-based Enzymotec has entered into a partnership to launch a
new supplement containing its CardiaBeat heart health ingredient on
the UK market.

As consumer demand for exotic superfruits increases, so will the
impact of transport on the environment. But as policy makers and
green campaigners devise more ways of monitoring greenhouse gases,
who will win the environmental tug...

2007 has seen a slate of mergers and acquisitions across the food
ingredients sector. FoodNavigator.com presents a round-up of who
now owns what.

Is Asia the future for phytochemical research?

The future of research into the ability of phytochemicals to treat
modern disease lies in Asia because of restrictive laws and
"cynicism", a UK based research company has said.

A UK food safety panel is recommending that the mandatory addition
of folic acid should be made at the milling stage rather than at
the manufacturing stage, shifting the cost burden to suppliers.

Training the salt of the earth

On International Labour Day, workers across the world will be
raising a glass in honour of the salt of the earth.

Naturex is strengthening its presence in the UK with the opening of
a new commercial office in Oxford, as the company aims to double
its UK turnover over the next three years.

No excuses for illegal labour

There is no legitimate defence as to why some
companies continue to use illegal labour. This isn't the vice
trade, this is the food industry: no excuses.

Pure fruit and vegetable juices are generally regarded as healthy,
despite containing less fibre than the whole fruit. A review of
studies into their potential to reduce risk of chronic disease may
serve to validate the popular perception...

Swiss pharma company Galenica is making its first foray into the
omega-3 market with its acquisition of Equazen, a move that also
marks further investment in the UK OTC market.

UK ministers not giving up over EU vitamin, mineral levels

The setting of maximum vitamin and mineral levels across the EU is
still a hot topic in the UK House of Commons, with a new motion put
down this week calling on ministers to do all they can to protect
the natural health products industry...

Cereal and dairy snack innovations that respond to lifestyle
changes will be key to the future profitability of these sectors,
according to Leatherhead Food International.

Dairy research and development in the UK has been systematically
destroyed, warn two senior ex-officials, seriously damaging the
potential for the country's industry to compete against foreign
players.

The UK has made public its response to the EC discussion document
on vitamin and mineral levels, in which it adheres strongly to the
approach of its Export Group on Vitamins and Minerals (EMV) and
recommends it be applied to the EU...

The board of the UK's Food Standards Agency yesterday agreed the
draft response to the EC discussion document on vitamin and mineral
levels with only minor changes, paving the way to approval of the
final response by government...

Mainstream drives UK sports nutrition, but do the claims hold up?

UK consumers are embracing sports nutrition as they aim to lead
healthier lifestyles - even though they may not need the cocktail
of nutrients intended for the pros. But as the market develops,
manufacturers are advised to ensure...

The FSA has published guidance designed to help UK food firms
improve their labelling advice for people with allergies.

The UK's Food Standards Agency is springing into action to
formulate a response to the EC discussion document on maximum
vitamin and mineral levels, which failed to take into account the
country's proposed two-tier systems.

The UK government is coming under fire from the Conservative party
for failing to have recommendations for a two-tier system of upper
levels for vitamins and minerals heard by the EC.

The Food Standards Agency will tomorrow recommend mandatory folic
acid fortification of bread in the UK, in an effort to reduce the
incidence of pregnancies affected by neural tube defects (NTDs).

UK consumer watchdog Which? has cast doubts over the effectiveness
of eye health supplements in an article that could affect
confidence in products and have a detrimental affect on the
industry.

Folic acid should be added to UK flour, expert report

All flour in the UK should be fortified with folic acid, according
to a panel of experts advising the government.

If education is meant to deliver knowledge and wise choices, why
are we doing so little to educate our children about food?

The health benefits of eating plenty of fish have been seen in a
wealth of scientific studies, but data from a historical cohort
study has led to a surprising observation - that high fish intake
in childhood may be linked to eventual...

Increasing intake of the carotenoid beta-cryptoxanthin, found in
citrus fruits, may reduce the risk of developing inflammatory
disorders such as rheumatoid arthritis, report UK researchers.

The glycaemic index (GI) is emerging as a new weight loss regime,
despite the belief of some nutritionists that there is not enough
science to demonstrate it can effectively control weight, writes
Lorraine Heller.

The British dairy industry is appealing to the vanity of teenage
girls in a bid to get them to drink more milk.

Approximately one third of consumers are now aware of the glycaemic
index but most do not understand the concept sufficiently to be
able to interpret on-pack labelling, finds a new survey.

Products developed by the latest entrant to the UK's low-carb
market shows that the regime is being given a less extreme twist
than the popular Atkins diet originating from across the Atlantic.

The first wave of low-carb foods to compete with the Atkins brand
reached the UK market last month but not all global food makers are
confident of the trend's longevity in the European marketplace,
writes Dominique Patton.

Atkins Nutritionals, the US-based company behind the trendy
low-carb diet, has hired a turnaround specialist to shake up its
business in the wake of increasing competition and waning consumer
interest in low-carb diets, it said this...

An alliance of sports supplement makers has managed to stall the
launch of a new European regulation that is set to tightly regulate
foods and beverages marketed to sportspeople.

An industry drive to push the nutritional benefits of flour could
lead to increased sales for the £3 billion UK bread market.
Farmer's in the UK last week met with the National Association of
British and Irish Millers (NABIM)...

Developments for the staff of life, bread

Much of the flour that goes into breads, pasta, cakes,
breakfastcereals and other foods comes from so-called 'winter
wheats', planted in autumn and harvested in spring. New research
has identified the key gene involved in...

Consumers in the UK are increasingly concerned about eye health,
and are turning to dietary supplements to help fight the problem,
claims a new study commissioned by Kemin Foods.

The market for functional foods is being driven by a greater
responsibility for personal health care amongst Europeans,
according to a new report by market research company, Mintel.The
research shows that the European functional foods...

Safety fears over Chinese herbal medicines increased this week
after potentially toxic substances were found in a slimming remedy
sold in the UK. Two people had to be treated for severe
side-effects after taking a cocktail of remedies.

Sham nutritionists a threat to health

Many nutritionists are unqualified fakes who could be putting
individuals at significant risk, according to a report in the UK's
Sunday Times newspaper.

Sandwich makers using bread baked with herbs and spices can provide
their customers with a stronger fresher flavour by using loaves
made with encapsulated extracts, according to UK company TasteTech.

Doctors in the UK are to prescribe fruit and vegetables to
potential victims of heart disease in a new experiment to tackle
health problems.