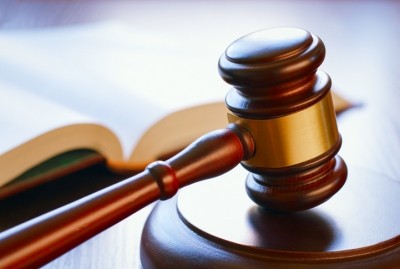 A recent FDA warning letter includes a citation concerning the inclusion of ephedrine aklaloids, an ingredient that has been theoretically off the market for almost 20 years. 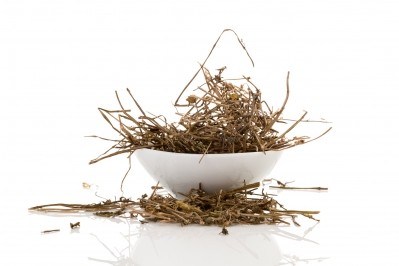 The passing of NFL player Korey Stringer two decades ago, and the implication of the popular ingredient ephedra in that tragedy, was a seminal event in the dietary supplement sphere. Experts agree it helped bring into being adverse event reporting for...

The Canadian regulator is continuing its campaign against the banned weight-loss herbal Ephedra and the anxiety-reliever Kava, yesterday issuing its latest warning to consumers not to use the substances.

Ephedra supplements cause death in Denmark

The Danish Medicines Agency has issued a public warning against an
illegal ephedrine-containing supplement that has been linked with
several adverse event reports and one death.

The Canadian regulator has issued a statement warning consumers
against using high-dose Ephedra products it has prohibited since
2002.

Utah-based Nutraceutical Corporation has lost its fight for banned
herbal, ephedrine, after filing a petition for a rehearing in
front of the entire tenth circuit of the US Court of Appeals.

A federal appeals court has overturned a Utah ruling that
challenged the FDA ban on products containing weight loss and
sports performance herbal ephedra, making it more unlikely than
ever that the US market for the ingredient will...

A question mark has been hanging over the legality of ephedra for
more than a year, since a Utah court threw open to debate the FDA's
2004 final ruling banning the herbal. Now with the hearing of FDA's
appeal just one week...

Newly-issued standard reference materials for the quality control
of ephedra are still relevant, says the National Institute of
Standards and Technology's (NIST) - despite the plant having been
banned by FDA in 2004.

A Utah-based company's reintroduction of ephedra-containing dietary
supplements when the legal position is still unclear could prove
damaging for the industry at large.

Two weight loss supplements containing bitter orange extract
increased the heart rate of healthy subjects in a new study, a sign
that the supplements may pose health risks for users, say the
authors.

The herbal supplements industry could be losing interest in weight
loss, judging by the drop off in product launches since the start
of 2005, writes Jess Halliday.

The FDA has made public the methods it uses to test whether
supplement products contain the banned herbal extract ephedrine
alkaloid.

The Federal Trade Commission has charged more supplement companies
with deceptive advertising for weight-loss products that are said
to have included the banned substance ephedra.

The Food and Drug Administration said yesterday it was intensifying
its efforts to ensure that any manufacturers still selling dietary
supplements containing the banned substance ephedra would be
stopped.

The booming market for herbals to enhance weight loss could be hit
by future FDA actions to heighten consumer safety.

Direct mail marketers have agreed to pay $2.2 million in consumer
redress and to stop certain deceptive advertising practices to
settle Federal Trade Commission charges that they made false and
unsubstantiated claims for weight loss...

Supplement maker Metabolife, a name strongly associated with the
weight loss herbal ephedra, has launched a new appetite
suppressant, free of both ephedra and caffeine.

A single dose of a dietary supplement containing ephedra and
caffeine can increase blood pressure and cause changes that have
the potential to affect heart rhythms, shows a new study by
American researchers.

The US Food and Drug Administration last week announced a ban on
the weight loss herbal ephedra, after an extended consultation
period including a court hearing.

New York governor George Pataki this week signed into law a ban on
the sale of all over-the-counter ephedra products in New York
state, the third to ban the herbal.

New Jersey-based Nutraquest, a former manufacturer of ephedra
supplements under the name of Cytodyne Technologies, has filed for
bankruptcy protection under Chapter 11, according to press reports
yesterday.

The California Senate yesterday passed legislation to ban
ephedra-containing supplements from store shelves. If Governor
Davis signs the bill, the state will be third to ban the
weight-loss herbal from natural health products.

Most online advertising of ephedra-containing supplements fails to
meet standards set out by the Federal Trade Commission, report
scientists, with many making misleading statements about their
safety, use and efficacy.

An outright ban on ephedra looks likely after last week's hearing
on the weight-loss herb but the momentum created by the case could
also sweep along with it changes to regulation affecting the whole
industry.

Industry gears up for ephedra hearing

The House Committee on Energy and Commerce opens a two-day hearing
on ephedra today, likely to attract considerable scrutiny of
supplement industry regulation. Prior to the start, the media had
already reported on leaked testimonies...

The Federal Trade Commission has charged three ephedra marketers
with misleading claims for efficacy and safety of their weight loss
supplements, ordering them to pay $370,000 in consumer redress.

New Jersey-based Quality Botanical Ingredients has introduced an
ephedra alternative, said to mimic the thermogenic effects of the
controversial herbal.

A combination of caffeine and the herb ephedra alters
cardiovascular response prior, during and after exercise, according
to researchers who will report on a small study at an Experimental
Biology meeting next week.

Supplement manufacturer NBTY has stopped selling products that
contain ephedra and is to take a one-time charge of about $6
million as a result.

Ephedra - guilty or not?

The industry is facing increased pressure after last week's
coroner's report which found that an ephedra dietary supplement
contributed to the death of Baltimore Orioles' pitcher Steve
Bechler last month.

Editors of the leading Journal of the American Medical
Association have published an editorial urging new legislation
to regulate dietary supplements.

Following a new review on the safety of ephedra, the FDA has
announced a series of actions which may tighten laws on the
marketing of herb in supplements. Industry bodies have confirmed
their support for the moves, which do not yet...

The ephedra industry is attempting to reassure consumers of the
safety of the herb, taken to aid weight-loss, after reports in the
national press last week linked ephedra supplements to the death of
baseball player Steve Bechler.

Ephedra - accounting for the risks

Taking ephedra is 200 times more risky than taking many other
commonly used herbs combined, report US researchers who pitted the
reported side effects of the controversial weight-loss supplement
against those of herbs such as gingko...

An industry body has sent a letter, signed by a number of
physicians, to the Department of Health and Human Services calling
for the continued sale of ephedra supplements and federal labeling
standards to protect the market for ephedra.

It looks like the case for ephedra supplements could be on a
downhill slide towards a nationwide ban, as a federal court finds
Metabolife supplements responsible for strokes and cardiac injuries
in four people. The attorney investigating...

A new study on the controversial weight-loss supplement ephedra
contradicts previous allegations that the herb can have dangerous
effects on cardiac health. The study comes at a time when several
states are trying to ban products...

The Ephedra Education Council (EEC) has responded to yesterday's
news that as many as one third of the US population now suffers
from obesity with a statement promoting the safety and efficacy of
the dietary supplement ephedra.

A medical expert has said that the recent calls to review the
herbal supplement ephedra are "unfounded". Dr Steven Karch claimed
that the health reports logged by Metabolife contain 'insubstantial
information'.

The US Food and Drug Administration calls for a criminal
investigation into Metabolife over the safety of some of the
company's ephedra-based diet products.

FDA criticised for failure to act on ephedra

The US Food and Drug Administration was put under pressure this
week when a US senator attacked the department for refusing to move
on legislation on the herbal supplement ephedra. Trade bodies still
insist however that the herb can...

US government to expand ephedra research

The US authorities have announced plans for further research into
the effects of the herbal product ephedra, and a clampdown on the
illegal marketing of non-herbal synthetic ephedrine products.

An alleged attempt by US-based dietary supplement manufacturer
Metabolife to prevent scientific experts giving evidence against
its weight loss products has been dismissed by a US judge,
according to lawyers acting for the plaintiffs.

Another US study confirms safety of ephedra

The safety of the popular herbal supplement ephedra has once again
been confirmed, according to a study by researchers at Columbia and
Harvard universities.

A new weight loss supplement which is being marketed as an
alternative to allegedly dangerous herbs such as ephedra and ma
huang has been launched in the US state of Florida.