Teff: The next ‘ancient grain’ to make nutrition ripples?

The success of chia and quinoa has opened the door for other less-known ancient grains, but one South African company exporting teff is wary of a boom and bust effect.

How to create a new high-value, sustainable business model for African ingredients? By focusing on demand-creation first, production second and engagement with communities, says the founder of baobab start-up Aduna. 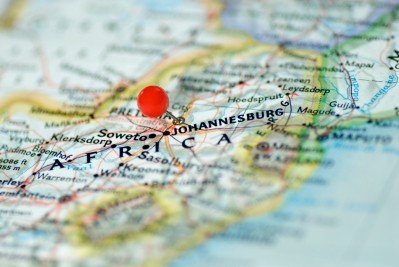 An over-simplistic image of impoverished, malnutritioned Africa is being used to push the case for genetically modified organisms (GMOs), a senior Harvard professor has warned.

If high-profile ingredients such as baobab and Moringa oleifera really take off in the next couple of years, Africa could finally start to get the attention it deserves as a source of top-flight nutraceuticals, according to one supplier.

When will African ingredients get the attention they deserve?

Africa has a wealth of indigenous plant species, but has not been as successful as India and China at commercializing them as nutraceuticals, one South African firm trying to spread the word about the continent’s natural ingredients tells Elaine Watson

The US launch of the proprietary plant ingredient Zembrin is on-course for the first half of 2011, after South Africa’s HGH Pharmaceuticals received the first ever bioprospecting permit for the anxiety-alleviating extract.

Pepsi has launched a limited release version of Pepsi Baobab in Japan to join its exotic range that includes Pepsi Cucumber.

Baobab fruit approved as food ingredient in US

Baobab fruit pulp has been given the green light of approval for use in some food and drink applications, with the US FDA signing off GRAS status for the vitamin C-rich ingredient.

South African plant extract firm Afrinatural is introducing its ingredients to the North American supplement and functional foods markets, following the establishment of a subsidiary in the United States.

Africa farmers could be set to tap into a billion dollar industry
with baobab, as the baobab fruit pulp obtained novel foods approval
yesterday, FoodNavigator.com can report.

A Canadian supplement manufacturing and research company has landed
a deal to see its products distributed in 15 West African countries
- and access to a market which is set to boom in the next few
years.

The US soy industry is supporting a new research project in South
Africa to fill a gap in the data as to how soy protein
supplementation could help people living with HIV and AIDS.

The EU is funding an innovative new research programme that could
see the introduction of a highly nutritional cereal within the
bloc.

An international collaboration to research the safety and efficacy
of South African medicinal plants has attracted a $4.4 million,
four-year grant from NCCAM, and could result in plant-based
therapies for diseases rampant in Africa,...

Paprika, used as a food colourant and flavour enhancer throughout
the world, has attracted the focus of regional economic
initiatives, governments and agribusiness from South Africa to
Zambia. In Zambia, family agribusiness Bimzi...

The World Health Organisation (WHO) has launched a global strategy
to address the issue of safety in the practice of alternative
medicine.