Exercise is more influential than calcium intake in determining
bone strength in young women, say US researchers, who found that
daily calcium intake had no significant impact on bone gain during
adolescence.

A seaweed-derived mineral product has been shown to offer a more
bioavailable source of calcium than rival products in a small human
trial.

Expecting mothers with a diet lacking in plant proteins, iron,
magnesium, and niacin may be up to five times more likely to have a
baby with spina bifida, suggests a new study from the Netherlands.

Calcium supplementation in girls, even before puberty, may help
prevent later osteoporosis, perhaps in part by bringing on earlier
menstruation, according to a study presented at a world congress on
osteoporosis last month.

Products with added plant sterols are set to increase as companies
seek novel foods approval based on equivalence.

Dutch chemicals firm DSM has opened a €12 million food research and
product development centre, which is expected to speed up the time
it takes for a new product to reach the market and boost creativity
in food ingredient design.

Adding zinc to standard antimicrobial treatment may accelerate
recovery from pneumonia, say researchers in this week's issue of
The Lancet.

Iron supplement benefits depend on stage of deficiency

Iron-deficient women who take supplements of the nutrient to remedy
the impact on their physical performance could be wasting their
time, suggests a new study. But for those not yet anemic but
deficient of iron in body tissues, supplements...

A supplement form of the amino acid cysteine may be able to help
treat brain damage in boys, say US researchers, by replenishing the
body's levels of the powerful antioxidant glutathione.

A dietary supplement containing a mixture of herbals, vitamins and
amino acids may help boost fertility in women who have difficulty
conceiving, according to a US researcher, writes Dominique
Patton.

A minority of zinc supplements, one of the most popular mineral
supplements in the US, which can be taken to treat the common cold,
do not meet quality standards according to researchers whose
findings prove just how differing mineral...

Taking supplements of enzymes appears to improve digestion and the
absorption of nutrients suggests new research, commissioned by the
US-based National Enzyme Company.

Zinc supplements could increase the effectiveness of stimulants
used to treat children with attention deficit hyperactivity
disorder (ADHD), the most common childhood behavioural disorder
that affects around one in every 25 school-aged...

The FDA has clamped down on the labeling of OTC drugs publishing
new rules that require content and warning labeling for levels of
calcium, magnesium, sodium, or potassium that might be harmful to
people with certain underlying medical...

Choline appears to increase the size of brain cells and make them
faster at firing electrical 'signals' that release memory-forming
chemicals, according to a new study on rats.

Japan's Agriculture and Livestock Industries Corporation (ALIC) has
teamed up with two research bodies to develop a new functional
fermented miso derived from skimmed milk, that contains three times
as much calcium as regular...

Beer is latest food to be hailed for osteoporosis prevention

Beer is the latest plant-based food to be investigated for its
ability to protect bones from osteoporosis because of its readily
bioavailable silicon, writes Dominique Patton.

US agri-food giant Cargill is seeking regulatory approval to market
its fungus-derived glucosamine product for the European supplement
market.

Children who avoid drinking milk are more likely to be both
overweight and at higher risk of fractures, say researchers in New
Zealand.

US fuels growth in sports drinks

Global sports and energy drinks showed continued growth in 2003,
far outpacing soft drinks in general with a 7 per cent increase,
according to new data from beverage industry analysts Canadean.

Nutrition 21, specialising in chromium-based nutritional
supplements, almost halved losses in the three months to December
as it shed costs associated with its discontinued Lite-Bites
business and achieved higher pricing for its core...

Higher iron stores are associated with an increased risk of type 2
diabetes in healthy women. independent of known diabetes risk
factors, report researchers in this week's issue of JAMA.

Michigan-based Graminex is introducing new pollen extract
formulations with increased potency and bioavailability for use in
dietary supplements.

Dutch chemcials group Akzo Nobel is increasing prices for its
choline salt, choline L (+) bitartrate, by 10 per cent, to cover
costs resulting from new US regulations.

A major French study on the effects of nutritional supplements has
confirmed the link between iron deficiency and hair loss, reports
the leading French cosmetics group L'Oreal.

A US scientist has engineered plants capable of building up
unusually high levels of the cancer-fighting mineral selenium in
their tissues.

Three coral calcium marketers have been prohibited in a new FTC
settlement from making claims that suggest the product can treat or
cure cancer, multiple sclerosis, heart disease, high blood
pressure, and other serious diseases.

US scientists have patented a new, stable and absorbable form of
chromium and are looking for companies to carry out trials on the
product, they said this week.

Iron intake from red meat may be associated with the risk of type 2
diabetes, new research suggests. The finding comes in the wake of
new figures demonstrating the huge popularity of high-protein,
low-carbohydrate diets.

US scientists have patented a new, stable and absorbable form of
chromium and are looking for companies to carry out trials on the
product, they said this week.

Calcium supplements do not appear to cut lead levels in children
with moderate lead poisoning, finds a new study published in this
month's Pediatrics journal.

Supplement manufacturer Nutrition 21 has filed a health claim
petition with the US Food and Drug Administration (FDA) for use of
eight dietary supplement health claims associating chromium
picolinate supplementation with reduced risk...

A diet high in magnesium may help prevent the development of type 2
diabetes, especially in people who are overweight, suggests
evidence reported in two new studies out next month. The findings
add weight to theories that vitamins...

Children should be strongly encouraged to regularly include
calcium-rich foods and drinks in their diets, report US
researchers, after a new study confirms the negative association
between the mineral and body fat.

Slightly increasing levels of the trace mineral selenium might help
prevent pre-eclampsia in susceptible women, suggests a new study
from the UK.

Pick a pomegranate for 2004

Growing concerns over obesity and wellbeing in an increasingly
health conscious society are set to dramatically impact innovation
in the ingredients, cosmeceutical and even fast food industries,
predicts market research firm Mintel.

A review of almost 50 glucosamine, chondroitin and MSM supplements
shows that some are unlikely to help patients with joint disease as
they do not contain sufficient amounts of the declared ingredients.

Chromium-based nutritional supplements manufacturer Nutrition 21
announced yesterday it has raised $3.25 million through the
completion of a private placement of 4,062,500 shares of common
stock to be used primarily for the continued...

Magnesium appears to be associated with a reduced risk of coronary
heart disease, report researchers, urging further study to find if
increased intake of the mineral can protect against the disease. 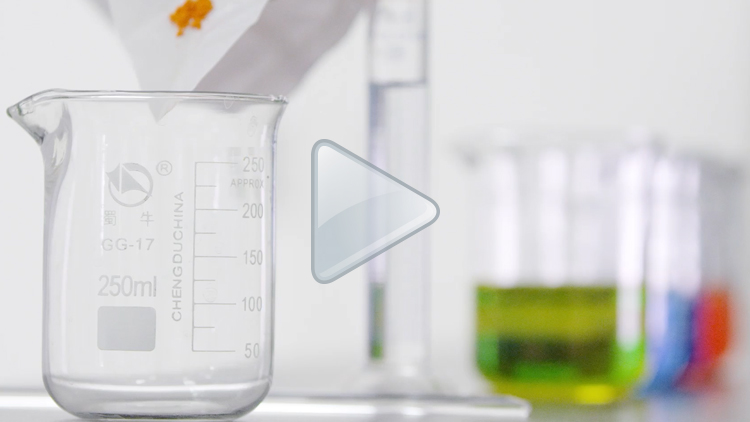 Developing a finished product is complicated.