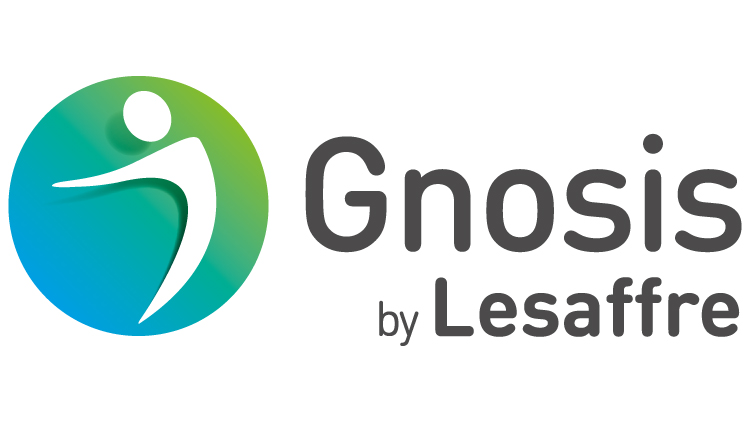 By Dr. Katarzyna Maresz, president of the International Science and Health Foundation

Vitamin K2 is a vital nutrient for supporting bone and cardiovascular health. This has been shown in observational and intervention trials, demonstrated in healthy and patient populations. And the bone benefits have been proven in both adult and child populations. Its mechanism has been verified, its safety and efficacy confirmed.

Yet even more recently, it has come to light that vitamin K2 – specifically as menaquinone-7 (MK-7) – is emerging as a vitamin that contributes significantly to whole-body health, promoting the increased ability to age in a healthy way beyond bone and cardiovascular health. Exciting new research has added other areas of health to that list, including but not limited to brain health, vision health, pain management, and pulmonary health.

Vitamin K is a family of vitamins comprised of vitamin K1 (phylloquinone) and K2 (menaquinone). Phylloquinone and menaquinone share similarities, such as working in the liver for blood clotting, and chemically, they share a quinone ring called menadione, but that is where their similarities end.

Vitamin K2 has several molecules, called menaquinones, available beyond the liver for other systems such as bones and the heart. There are multiple forms of K2, but the two most common forms as dietary supplements are K2 as MK-4 (menaquinone-4) and K2 as MK-7 (menaquinone-7). K2 as MK-7 is superior since it requires a single daily microgram dose and works for 72 hours compared to K2 as MK-4 that requires multiple daily milligram intake and works for only an hour and a half. [1,2]

The common activity where bone and heart health is concerned is the status of proteins – specifically Osteocalcin (OC) and Matrix Gla Protein (MGP). These proteins are either working (carboxylated) or inert (uncarboxylated). The more active proteins in circulation, the better functioning are physiological systems that depend on those proteins. When it comes to bone and heart health, OC and MGP are dependent on vitamin K2, respectively.

MGP ensures calcium does not aggregate on the interior linings of arteries. Such aggregation creates plaques that cause the arteries to gradually stiffen and narrow, reducing oxygenated blood flow to the heart, brain, eyes, and peripherals. Studies have confirmed that the high presence of vascular calcification indicates dangerous cardiovascular status and that MGP is one of the most important known modulators of vascular calcification. MGP is dependent on K2 to activate it, thus allowing it to sweep calcium away from arteries and vasculature. [3-8]

Vitamin K2 supports bone health due to its activation of OC. This has been established in a raft of studies, highlighted by a double-blind, randomized clinical trial published in Osteoporosis International using a specific K2 as MK-7 at a nutritional dose (180 mcg) taken daily for three years (using MenaQ7®).

Further, vitamin K2’s importance for impacting bone health is not limited to adult populations. Studies have confirmed it is a noteworthy bone-support nutrient for children. [10-12]

But the most substantial body of growing evidence shows Vitamin K2’s positive impact and support for cardiovascular health.

Previous population-based studies have shown an association between K2 intake and cardiovascular risk. [13,14] Still, validation for its cardiovascular benefits culminated with the publication of another 3-year study using MenaQ7®, the first intervention trial focused on K2 as MK-7 supplementation with cardiovascular endpoints.

These results were corroborated recently in a separate 1-year placebo-controlled randomized clinical trial that showed that 180 mcg/day of K2 (MenaQ7®) improved vascular health in male and female participants with poor K status, as measured by inactive MGP. Regardless of the participants’ sex, the K2 group maintained arterial flexibility, and the stiffness did not increase, whereas the placebo group became stiffer and less flexible. [16]

• Brain Health: Arterial stiffening from calcification, which high circulating inactive MGP causes, also occurs in the brain. A 2018 study examined the role of calcification-induced aortic stiffness as a contributing factor to dementia/Alzheimer’s, impacted by MGP status.

Aortic stiffness results from cardiovascular disease risk factors (e.g., hypertension, diabetes, age, etc.) and is measured by carotid-femoral pulse wave velocity (cfPWV). High cfPWV is linked to white matter hyperintensities and brain amyloid deposition, and cognitive decline. As such, the authors of one study examined whether interventions to slow arterial stiffening (such as K2 supplementation) can reduce the risk of dementia.[17]

As K2 can pass through the blood-brain barrier, it is an appropriate subject to study in areas such as Parkinson’s disease, characterized in part by neuroinflammation. Newly published research linked low K2 status with neuroinflammatory status in Parkinson’s patients.[18] Further, a clinical trial in Germany will evaluate the efficacy of vitamin K2 for Parkinson’s patients to determine if K2 can increase energy levels and improve symptoms in people with mitochondrial-related Parkinson’s.

Even more recently, a 2021 US-based review paper examined the body of evidence connecting vitamin K2 to factors involved in Alzheimer’s disease pathogenesis. The conclusion reached was that this evidence demonstrates K2 as having the potential to slow the progression of AD and contribute to its deterrence.[19] The researchers write, “... given the recent shift in AD research toward nonpharmacological interventions, our findings emphasize the timeliness and need for clinical studies involving vitamin K2.”

As previous studies suggested that active MGP helps maintain renal and myocardial microcirculation integrity, researchers investigated its role in preserving the retinal microcirculation in a Flemish population. The researchers concluded that circulating inactive MGP can be a long-term predictor of smaller retinal arteriolar diameter in the general population. The observations raised the possibility that vitamin K2 supplementation might promote retinal health, as the authors noted previous studies showed individuals with glaucoma presented a higher aortic pulse wave velocity, as well as generalized arteriolar narrowing.[20]

• Peripheral Neuropathy: Diabetic peripheral neuropathy is a frequent and severe complication of diabetes. A recent study aimed to evaluate factors associated with acute diabetic neuropathy in Type 2 Diabetes and, in particular, inactive MGP. Since MGP is expressed in several nervous system components and is involved in some neurological diseases, it is likely to play a role in peripheral nervous system homeostasis. The association between diabetic neuropathy and the inactive form of MGP suggests new pathophysiological pathways to explore.[21]

• Pulmonary / General Health: A recent clinical investigation showed a link between vitamin K2 status in individuals with COVID-19. K2 status was evaluated in 123 individuals with COVID-19 and 184 controls. Results revealed that inactive MGP levels were significantly higher in COVID-19 patients compared to controls and those COVID-19 patients with unfavorable outcomes compared to those with less severe disease (good outcome) – all pointing towards a link between vitamin K deficiency and disease severity. Also, low active MGP levels were significantly correlated with desmosine levels, a measure of the breakdown of elastin, which is an important factor for pulmonary health.[22]

As COVID-19 remains a pandemic, research is underway in India and the Netherlands to continue uncovering the applications for K2 as MK-7 for supporting good outcomes in those with the virus.

Beyond ongoing research, one of the essential measures to correcting global deficiency is establishing a K2-specific recommended daily intake (RDI). With this growing body of research exploring the impact and potential impact of K2 separate from K1, we strongly believe this arduous but essential endeavor will prove successful.

1 Rheaume-Bleue, Kate. 2013. Vitamin K2 and the Calcium Paradox: How a Little-Known Vitamin Could Save Your Life. Harper; Reprint edition.