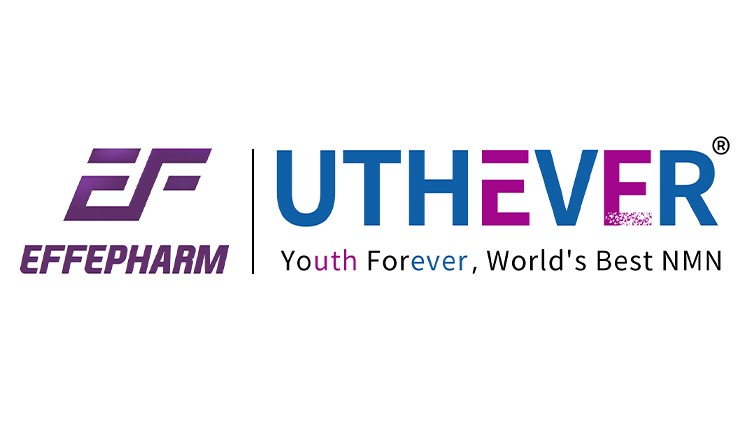 The study findings, published in the Frontiers journals, conclude that “NMN combined with L. fermentum TKSN041 had good in vitro antioxidant capacity and improved UVB-induced skin damage in mice. The possible mechanism may be that the combination of NMN and L. fermentum TKSN041 activated the AMPK signaling pathway, thereby inhibiting activation of the NF-κB signaling pathway and reducing the damage caused by inflammatory mediators to mice. In addition, activated AMPK reduced oxidative damage of the skin and improved the body’s overall antioxidant capacity by regulating the levels of relevant oxidative stress indicators in the blood, liver, and skin.”​

Aging is a natural phenomenon which is characterized by a reduction in energy production within the cells, owing to the decline in NAD+ levels. NAD+ is the chemical compound responsible for energy production within the body, and plays a crucial role in driving many critical metabolic processes. It is primarily responsible for converting the nutrients from the food we eat into a form of energy used by the body to drive vital cellular activities.

The reduction in NAD+ available to the body leads to some bothersome age-related health challenges in organs such as skin, liver, brain, skeletal muscle, adipose tissue, etc. Aging is also commonly accompanied by senescence resulting from oxidative stress caused by free radicals.

Over the years, scientists have discovered that UV radiation, a form of electromagnetic radiation emitted from sunlight, is a major culprit behind the processes of skin aging. Large doses of UV rays weaken the skin cells, causing them to age faster than normal. Overexposure to this radiation causes cellular senescence, and destroys the collagen fibres of the skin cells thereby causing skin shrinkage and premature skin aging.

The discovery of the anti-aging effect of NMN and its potential to enhance cell longevity have triggered increased interest in the study of the pharmacological actions of NMN. Several research studies have demonstrated that NMN has several pharmacological activities which are of great therapeutic benefits to humans. Some of the potentials of NMN include anti-diabetic, cardio-protective, and anti-hypertensive effects. Pre-clinical trials have also shown it to be effective in the treatment of myocardial and cerebral ischemia, neurodegenerative diseases such as Alzheimer's disease, and some obesity-related complications. Most of these diseases are mainly age-related, and are linked to the deficiency of intracellular NAD+.

Consequently, researchers have relentlessly made efforts to find lasting solutions to health issues surrounding aging, premature aging and skin cell degeneration. One advancement in this field is the discovery of the vital role played by nicotinamide mononucleotide (NMN) in the control of the cell-deteriorating and skin-damaging effect of UV rays. NMN, a derivative of vitamin B3 (niacin), is a key precursor and intermediate in the synthesis of NAD+ within the human cells. It has been proven in some studies conducted by Effepharm to effectively slow down and reverse skin aging and other adverse effects of UV radiation on the skin.

After several years of intensive research and clinical trials, EffePharm (Shanghai) Co. Ltd, a top-class manufacturer, supplier, and marketer of novel ingredients applied in dietary supplements, sports nutrition, pharmaceutical, and food industries, discovered that NMN can protect the human skin from the negative effects of exposure to ultraviolet radiation.

Several independent studies have been conducted to understand the relationship between NMN and aging, and to verify the potency of the anti-aging molecule NMN in reversing skin aging caused by UV radiation.

One of such research studies as published in the Frontiers in Pharmacology, a reputable international journal on experimental pharmacology and drug discovery, was carried out by the Chongqing University Innovation Research Group Project, China. In this study, NMN was provided by EffePharm Co., Ltd. (Shanghai, China), and the purity of the NMN was determined by high-performance liquid chromatography (purity >98.5%).

The team conducted an in vitro antioxidant analysis of NMN using Effepharm's Uthever NMN. Results obtained showed that Uthever NMN has a high scavenging ability on hydroxyl radicals and other skin-damaging molecules, and possesses a good total antioxidant capacity.

Effepharm's brand of NMN, patented and marketed under the name Uthever is 100% enzymatic  synthesized, highly efficacious, and adequately purified.

It has been certified safe to use, and has no known side effects. This product is of exceptionally high quality,  thoroughly purified, and very potent. It contains no contaminants or impurities.

Regrettably, following the popularity NMN has gained in recent times, many unverified products have flooded the market claiming to be the real deal. While some of these questionable products touted to be NMN are adulterated products grossly contaminated with compounds harmful to human health, many others are completely fake products packaged to siphon money from unsuspecting customers.

Uthever, on the other hand, is manufactured by Effepharm, a globally recognized, highly reputable, and trusted pharmaceutical company. The company, renowned all over the globe for its uncompromised stance on delivering high quality products, is the leading manufacturer of NMN worldwide.

The entire manufacturing processes of Uthever, from the research works, through the final synthesis and down to quality control/assessment, is handled by expert teams comprising of first-class medical doctors, biochemists, nutritionists, amongst other professional scientists. Uthever NMN is manufactured in strict compliance with the U.S. Pharmacopoeia (USP) standards and has undergone several pre-clinical and clinical trials and assays to confirm and authenticate its pharmacological effects, purity, potency, and safety.

Although there are some human studies on NMN in the market, nobody could make sure they are using the 100% same NMN material as the clinical study does. Our clinical study is based on our production technology, production process, and quality consistency.

In order to explore more possibilities of NMN, Effepharm devoted much effort in studying NMN’s applications in the different fields. In a recent development, Effepharm has gotten hold of two more patents on NMN skin care research.

The first patent is an application of NMN in preparation of a reagent for increasing Na+- K+- ATPase level in damaged skin muscle membrane. Through UVB-induced mouse skin injury model experiments it was shown that this increase in Na+-K+-ATPase level reduces the oxidative stress damage induced by UVB irradiation; inhibits the pro-inflammatory cytokines TNF-α, IL-1β and IL-6; and increases the anti-inflammatory cytokines IκB-α, IL-4 and IL-10     .

This invention provides a basis for the development of NMN-based drugs, health foods or cosmetics that inhibit skin aging and damage, improve the body’s antioxidant capacity and reduce inflammatory damage.

The second patent relates to the application of NMN in the formulation of radiation-resistant preparations. Through in vitro cell experiments, NMN has been shown to significantly promote healthy proliferation of normal cells, aid rejuvenation of aging cells, improve the survival rate of cells after irradiation, reduce the formation of DNA damage protein γH2AX Foci after irradiation, shorten the comet tail distance, and significantly improve and enhance DNA damage repair.

Effepharm in its professional approach to drug development places priority on research and therefore devotes much effort NMN effect, safety and functions research. Findings from this current research justify the link between NMN and skin aging, and authenticate the efficacy of NMN in reversing UVB-induced skin damage. This study has shown great potential application of NMN in the production of oral and topical anti-skin aging and UV-protecting cosmetic products. NMN is about to make waves in the cosmetics industry. This is one big chance for everyone. Effepharm is readily available and willing to partner with contract manufacturers and brands who are interested in developing formulations/supplements in this regard.