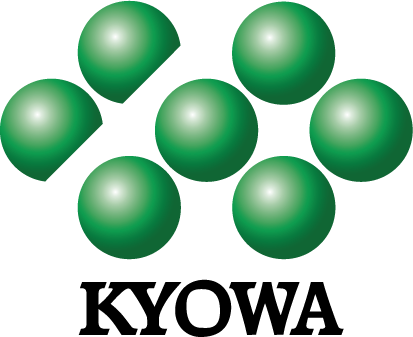 With increased consumer demand for immune health supplements, ingredients with antioxidant properties have consequently experienced increased demand. Even before 2020, according to Innova Market Insights, product launches with antioxidant claims experienced a 5.7% increase.1​ Many are well aware of antioxidants such as Vitamin A, C, and E. However, there is an antioxidant that doesn't get talked about enough: glutathione​. It's one of the body's most comprehensive molecules for whole-body support, earning the title "The Master Antioxidant."

The Antioxidant to Rule Them All

Glutathione is found in every cell of the body and is integral in maintaining the health of every cell. Glutathione is a tripeptide made of three amino acids--cysteine, glycine, and glutamine--that plays a critical part in detoxifying the body and protecting it from oxidative stress. Glutathione can also strengthen and regenerate other antioxidants like Vitamin C and E. While the body makes its own glutathione, external factors such as diet, pollution, toxins, stress, and aging can quickly deplete the levels. According to one study, glutathione begins to decline in the mid-40s, and that decline accelerates after age 60.2 ​Outside of aging, research has also shown that glutathione reserves in the body are lowest in the morning, after dawn, making the body more susceptible to attack from free radicals.

Outside of eating avocado and sulfur-rich foods--including garlic, onions, and cruciferous vegetables like broccoli, kale, cabbage, and cauliflower--supplementation is the best way to replenish the body's reserves of glutathione. But not all glutathione ingredients are the same. Most are not backed by science, nor do they use a natural fermentation process to make the ingredient. Enter Setria®​ Glutathione. Setria is a branded form of glutathione that is clinically tested and manufactured using a fermentation process to help replenish the body's glutathione reserves.*

According to a study published in the European Journal of Nutrition​, 1000 mg/day of Setria showed increased glutathione levels in the blood (30%), red blood cells (35%), and buccal cells (260%).*3​

For consumers, the term antioxidant can feel a little too general. Most consumers are looking for targeted benefits that appeal to their specific needs. Setria further distinguishes itself from other antioxidants and glutathione suppliers by providing a bevy of health claims backed by research.

In 2020 we were all exposed to the essential nature of a strong immune system and how critical it is for overall good health. Setria Glutathione helps fortify your immune system in two critical ways. First and foremost, it plays a central role in the proper functioning of T-cell lymphocytes (white blood cells), the immune system's frontline soldiers, by increasing their numbers.*3​ Second, it supports the natural killer ability of some immune cells.* In a three-month study, Setria Glutathione showed a two-fold increase in NK cell activity at 1000 mg dosage, further validating its benefits for immune health.*3​

2021 is a year of new optimism and time to reset and take a collective sigh of relief. After the uncertainty and intensity of 2020, it is essential to remember to take a second or two, stop, and breathe. Breathing is critical to activating the body's natural relaxation response, slowing down, and bringing the body into a state of balance. Glutathione supports respiratory health and plays a crucial role in helping the body maintain a state of balance.*4​

It's starting to feel like spring. That means getting outdoors, getting the garden ready, and maybe a bit of detoxing. Glutathione helps detox by eliminating toxins and ingested chemicals that the body has already absorbed.* Additionally, it intercepts and neutralizes toxins in the GI tract before they can be absorbed.* Setria Glutathione supports the function of the liver, kidneys, GI tract, and intestines—the body's major detoxification pathways.*5​

Help your consumers take back control of their health with targeted benefits of ​Setria Glutathione​​ for a better, brighter 2021.​

7. Handog EB et al. “An open-label, single-arm trial of the safety and efficacy of a novel preparation of glutathione as a skin-lightening agent in Filipino women.” Int J Dermatol. 2016;55(2):153-157.

*These statements have not been evaluated by the Food and Drug Administration. This product is not intended to diagnose, treat, cure, or prevent any disease.​
Setria®​ is a registered trademark of KYOWA HAKKO BIO CO., LTD.​