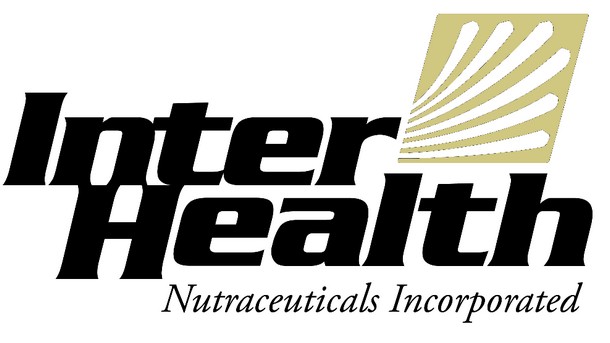 The joint relief supplement sector has traditionally been a productivity and profitability powerhouse. Joint relief is among the original segments within vitamins. Retailers and supplement manufacturers alike have watched metrics for the high-ring segment go up and up for years. Yet recently the trend has reversed. Advertising, line extensions and other tactics have all failed to reverse the slump. Now, amid fears that the sector is in permanent decline, mounting data suggest that the salvation of joint health supplements may lie in an ingredient: UC-II.

A bright spot in a falling market​

Scan data from the past two years suggest the joint support supplement market is flattening. This is a problem for many organizations. Joint relief has the highest price per unit of any segment of the vitamin market, according to 52-week IRI multi-outlet (MULO) data. With the average price per unit in joint relief coming in at a 34% premium versus the next most expensive sector, retailers need to have the right stock keeping units (SKU) on the shelves to drive return on inventory investment. Expensive items need to be productive. As it stands, many SKUs are underperforming.

Over 52 weeks, a long enough period of time that the effect of temporary promotional measures is low, the IRI MULO data show a 15% decline in the sales momentum of glucosamine and chondroitin products. With $275.9 million in sales, glucosamine and chondroitin products continue to dominate the sector, but the trends suggest future growth will come from other product lines. Standalone formulations of glucosamine and methylsulfonylmethane (MSM) also experienced double-digit declines. The lone bright spot in the IRI MULO data is UC-II, which was up 61% over the 52-week period, ending November 1, 2015.

UC-II, an abbreviation of undenatured type II collagen, is an ingredient that enables the development of dosage forms that are smaller and are taken less frequently than the alternatives. In a peer-reviewed published clinical trial, UC-II showed superior efficacy to glucosamine and chondroitin. Since coming to market, UC-II products have generated the sort of sales metrics that suggest they can improve the fortunes of the joint health category. With velocity and other key indicators trending in the right direction, the data confirm hopes that UC-II can drive a sustained upswing in the sector.

“UC-II is really the first innovation that looks to have some real promise to turn things around in this segment,” Kurt Jetta, Founder and CEO of TABS Analytics, a technology-enabled retail and consumer analytics firm, said. “All the metrics are very positive. And so it looks like it’s not only going to be a fairly popular and productive presence in the market, but it looks like it has some significant growth potential over the next three to five years.” Jetta’s optimism is underpinned by the velocity change measure for UC-II.

There are two basic drivers of sales. One is distribution. The more stores a product is available in, the higher sales are likely to be. On the other side of the equation is velocity, which is indicative of the number of units each store is selling. When some products burst on to the market, their growth is driven disproportionately by distribution. These products tend to be highly visible for a year or two, during which time they will be imitated by rivals, before disappearing. Yogurt went through such a boom and bust cycle in the US in recent years.

Scan data can predict such cycles. If as distribution expands velocity dips, meaning each individual store is selling fewer items, sales growth is unlikely to be sustainable. “What you look for, is not only can items build sales through distribution, more doors, but that the velocity keeps improving even as that happens. You’re not diluting the business,” Jetta said. “As long as you can keep adding doors and getting velocity gains, that always bodes well.” This is the case with UC-II, as it was for other new products that have gone on to be successful. Kind Bars displayed similar velocity trends to UC-II.

The optimism derived from the velocity trend withstands a deeper dive into the IRI MULO data. In a 12-week analysis of the productivity of UC-II products compared to the rest of the joint relief sector, the MULO data shows a significant divergence in performance. The average UC-II product generates 15% more dollars per SKU. Compounding the divergence, UC-II products also sell 13% more units per SKU. As the subcategory outperforms the broader sector in terms of both dollars and units, it should enable marketing companies and retailers alike to improve their productivity.

Companies that have introduced products containing UC-II are already seeing the benefits. Schiff, one of the three big joint health players in the US, has seen its UC-II product line quickly become a key component of its business. In 12-week IRI MULO data, the UC-II product, Move Free Ultra Triple Action, accounted for 3.6% of industry-wide joint health sales. With Schiff’s core Move Free product accounting for 8% of all sales, the data suggest the relatively recently introduced UC-II product now makes up around one-third of the company’s joint health business.

Other UC-II products are growing, too. When IRI MULO 12-week data are organized into a branded item rank of joint health products, UC-II products are in the top 50 in terms of both dollars and units. Given that more than 700 products are covered by the data, the performance is indicative of the potential of products containing UC-II, especially when the short amount of time the items have been available is taken into account. Osteo Bi-Flex EASE, one of the high-ranking UC-II products, was unveiled in May 2015, just 13 weeks before the start of the period assessed in the IRI MULO data.

“There doesn’t really seem to be a saturation point”​

The rapid uplift and sustained performance indicated by Move Free Ultra Triple Action and Osteo Bi-Flex EASE are seen across the UC-II data as a whole. At any time, a class of supplement that is up 61% over a 52-week period would attract attention, but the performance of UC-II products is particularly noteworthy given the travails of the broader joint support supplement market. As a high-ring segment in which pricing can top $30 a unit, joint health is a key business for retailers and manufacturers, making its recent underperformance a significant headwind.

Over the past few years, manufacturers and retailers have tried repeatedly and, generally, failed to improve the performance of their joint health products. There is a real need for growth drivers, and, according to the IRI MULO data, UC-II is the industry’s best chance of meeting this demand. Market leaders such as Schiff and, to a lesser extent, Osteo Bi-Flex, have already started to deliver improved performance on the back of the release of products containing UC-II, contributing to the ingredient quickly claiming almost 5% of the total joint health market.

Crucially, the data suggest this is just the start for UC-II. Taking 5% of the market is one thing. Using that position as a launchpad to take more market share is quite another. While the future is unclear, there are reasons to believe UC-II will drive sustained growth, rather than burning out after a year or two. With UC-II’s velocity, a metric consumer researcher Jetta describes as “highly predictive of future sales”, continuing to move upward as distribution expands, the IRI MULO data are reminiscent of classes of products that went on to experience at least three to five years of growth.

Jetta, for one, is convinced by the data. “The only barrier to this thing getting even bigger is really finding an audience,” Jetta said. “There doesn’t seem to be a real saturation point.”