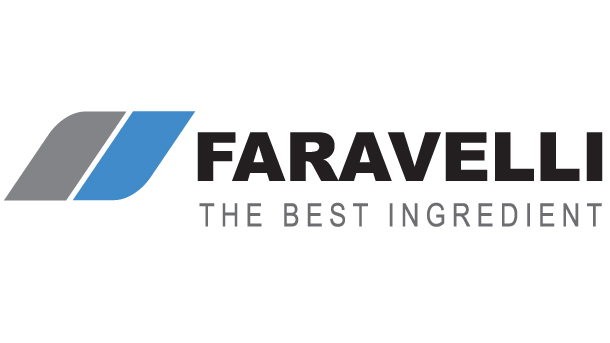 Italy has a long history of empirically assessing potential uses of plants. At EPO, researchers are building on this foundation of knowledge by applying DNA barcoding and other modern scientific approaches to the analysis and production of herbal extracts. Now, in partnership with Faravelli Inc, EPO is bringing its extracts to North America.

The recorded history of phytotherapy in Italy and the wider Mediterranean region goes back about as far as those of traditional Chinese medicine and the Indian practice of Ayurveda. Building on the experiences of people dating back to Mesopotamia and Ancient Egypt, Greek scholars and later Roman physicians and philosophers established a written consensus of the properties of the plants of the region in the centuries before the birth of Jesus Christ.

This work culminated in the 1st century AD with Pedanios Dioscorides’ description of the uses of 600 plant species and Galen’s refinement of that text about a hundred years later.

The legacy of these landmark books is still felt today. Companies working in the Mediterranean can draw on a history of plant use as long and rich as anywhere on earth. Today, companies are pairing this historic resource to the latest scientific techniques to create products that benefit from the best of both eras. These products come with authenticity derived from millennia of use and the quality control reassurance DNA barcoding provides.

EPO is one of the companies working at the intersection of tradition and modernity. The Italian, family-owned company is built on specialized knowledge of the plants of the Mediterranean region and their properties. Since its foundation in 1933, EPO has combined this knowledge with research into the active constituents of the plants. This scientific bent led EPO to open a modern production site on the southern outskirts of Milan.

At the site, EPO applies modern technology and the capabilities of its good manufacturing practice (GMP) pharmaceutical department to more than 300 species of plants. These plants, about 60 of which are always in stock, mainly originate in Italy. Some of the plants form part of an organic line of products that are sourced from uncontaminated valleys in northern and central Italy.

EPO works with all parts of the plants, from the roots to the leaves, and the bark to the flowers. The drying, extraction, atomization and concentration of the plant parts benefit from EPO’s years of experience performing these tasks and its employees’ familiarity with GMP protocols.

Water and ethanol are the only solvents used in the extraction process. EPO limits itself to these solvents for environmental and human health reasons. This limited palette of solvents is supported by a production process that enables real-time control of parameters. EPO adopted this way of working to increase the quality of its herbal extracts, respect the integrity of the phytocomplex and standardize the drug-extract ratio.

The need for DNA barcoding​

Sourcing high-quality plants and processing them to GMP standards is no longer enough, though. Today, customers and regulators want evidence products are what they claim to be. DNA barcode testing is one way to provide such reassurance.

These tests look for short sections of genetic material to show which plants were used to make an extract or other substance. The process entails the extraction of DNA from a few milligrams of the substance. Signatures in this DNA sample are compared against those known to come from certain plants to generate a certificate. The certificate indicates the type of genetic analysis performed and the plant species it identified.

DNA barcoding has been around for close to 15 years. Over that time, the process has been refined to typically focus on three plastid — rbcL, matK, and trnH-psbA — and one nuclear — ITS — gene regions.

However, while those refinements were important, the rise of DNA barcoding is being driven as much by regulatory and business imperatives as scientific advances. Unscrupulous actors in the supply chain adulterate herbal products with cheaper species. This is an economic problem for the companies and ultimately consumers that buy these products in good faith. More worryingly, it is also a potential threat to the health of people who take the contaminated products.

Faced with these problems, organizations such as the New York attorney general's office are looking to DNA barcoding to reveal fraud and counterfeiting.

Companies that get ahead of the trend and adopt DNA testing today free themselves from these risks to their business while realizing other, more positive opportunities. Supply chains supported by DNA barcoding deliver herbal products with the purity and quality consumers demand.

These factors led EPO to introduce a line of DNA-certified extracts, putting it at the forefront of the emerging trend in Europe. EPO performs DNA barcoding in collaboration with FEM2-Ambiente, a spin-off from the Milano Bicocca University. FEM2-Ambiente is an international node of iBOL, the International Barcode of Life.

EPO performs DNA barcoding as part of a battery of tests to ensure the traceability and quality of all incoming raw materials and outgoing products. These tests cover botanical identification, qualitative-quantitative analysis and confirmation of the absence of pesticides, heavy metals, residual solvents and other contaminants. Between these raw material and final product tests, EPO applies in-process controls to manufacturing intermediates.

EPO’s collaboration with FEM2-Ambiente and its parent organization, Milano Bicocca University, are part of a network of alliances involving the company. Through alliances with other Italian academic centers, EPO is evaluating the effects of certified botanical species. EPO has a particular focus on diseases that affect the digestive and respiratory systems.

These collaborations complement EPO’s in-house capabilities. The herbal extract specialist has established a quality control team and set them up in a laboratory featuring instruments for gas chromatography, high-performance liquid chromatography and other modern analytical methods.

EPO has used these and other capabilities to secure a range of certifications, including ISO 9001-2008, 21 CFR 111 dietary supplement GMP, Kosher and the BIOS organic standard. The rigor needed to gain and maintain these certifications is paired with a flexible approach to business, as exemplified by EPO’s development of extracts tailormade to meet clients’ requests.

Historically, European companies were the main beneficiaries of EPO’s investments in its operation and the certifications they enabled. However, EPO has now entered the North American market in collaboration with Faravelli Inc, part of the Faravelli Group.

Faravelli, which is based about 5 miles from EPO on the other side of Milan, has distributed ingredients since 1926. The company established a presence in the US in 2014 with the opening of an office in Decatur, Georgia, from where it serves the country’s food and nutraceutical sectors.

Working with EPO, Faravelli is now using this base to provide companies in North America with Mediterranean herbal extracts, including DNA-certified products. The collaboration is part of Faravelli’s broader strategy to partner with innovative companies to provide its North American customers with high-value ingredients.