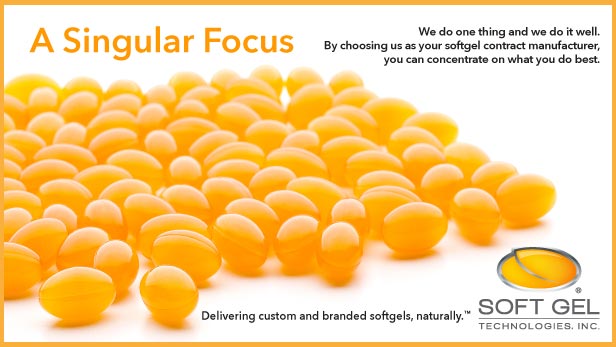 Joint discomfort is a major problem in the US and around the world. More than one in five adults in the US have doctor-diagnosed arthritis. Even more people suffer from chronic joint symptoms but are yet to be diagnosed with the condition. With prevalence of the condition set to rise in the coming decades, there is a need for therapies that help people manage their pain without the side effects associated with existing therapeutic options. Perluxan could meet this therapeutic need.

The need for safe, effective options for minor pain relief is clear. Recent statistics from the Centers for Disease Control and Prevention (CDC) put the number of adults in the US with doctor-diagnosed arthritis at 52.5 million. By 2040, that number is expected to have risen to 78 million people, a figure that amounts to more than one in four Americans suffering from arthritis. Surveys suggest close to that many people could already be quietly coping with the condition. A CDC survey from 2002 found 70 million US adults live with chronic joint symptoms, such as pain, aching, stiffness and swelling.

Nonpharmacological interventions, such as physical therapy and weight loss programs, represent the primary care pathway for many of these people. In the long term, these approaches can effectively reduce joint discomfort. However, in the short term, many people will also rely on pharmacological interventions to make life bearable. Over the counter nonsteroidal anti-inflammatory drugs (NSAIDs), such as aspirin and ibuprofen, are the products many people reach for in this situation. Others turn to joint health supplements, particularly glucosamine.

Neither of these therapeutic interventions guarantees safe, fast-acting relief for minor pain, though. NSAIDs address discomfort by inhibiting the cyclooxygenase or COX enzymes, a mechanism of action that cuts inflammation by preventing synthesis of prostanoids such as thromboxane and prostaglandin. This pathway, which tackles inflammation while delivering analgesic effects, is a well-established way of reducing discomfort. However, as aspirin and ibuprofen inhibit both COX-1 and COX-2 enzymes, they also hinder a process that protects the gastrointestinal tract lining, leading to adverse events.

The shortcomings of non-selective COX inhibitors pushed the industry and the patients it serves in two directions. One approach was to develop substances that acted on COX-2 but not COX-1, a mechanism of action designed to deliver painkilling properties without gastrointestinal tract adverse events. Such products, most infamously Vioxx, lived up to this brief, but were also linked to cardiac adverse events. The other approach was to take joint supplements such as glucosamine, but studies suggest it takes eight weeks or more for these products to alleviate joint discomfort.

Hunting for a safe, natural treatment for minor pain​

The upshot of the shortcomings of these respective interventions is that there is a gap in the market for a fast-acting remedy for minor pain that has a cleaner side effect profile than NSAIDs. Preclinical and clinical testing suggest Perluxan can address this major unmet therapeutic need. Perluxan is a botanical agent derived from the female flower cone of hops, a plant best known for giving beer its bitter, zesty and citrus flavors. The plant has a long history of therapeutic use, but its potential in minor pain care only became clear during a concerted research effort in the late 1990s.

That research effort saw multiple companies review the literature regarding 230 botanicals in search of ingredients with the potential to act as natural treatments for joint health and minor pain. This led to the selection of 20 candidates for preclinical testing. One candidate stood out. This candidate, a concentrated hops resin extract, would go on to become Perluxan. Researchers designed the extract to have high levels of alpha acids, chemical compounds that make beer bitter and were thought to have pain-relieving properties.

A single ‘hoppy’ beer typically contains approximately 3 mg of alpha acids. A daily dose of Perluxan contains upward of 300 mg, as much as is found in 100 beers. The process of extracting alpha acids in these quantities entails the use of supercritical carbon dioxide. No solvents are needed. This delivers high concentrations of actives without also extracting sedatives and other compounds that could affect the side effect profile of Perluxan. Importantly, the resulting product demonstrated solubility and bioavailability when tested in Caco-2 cell lines, which are used to model the intestinal barrier.

With these research efforts suggesting the hops extract was the most promising of the 20 candidates identified in the literature search, the program advanced to the next stage of development, namely the performance of the William Harvey Modified Whole Blood Assay. This assay, which is regarded as the gold standard for assessing the COX activity and selectivity of a product, was the first big safety and efficacy hurdle in the evolution of Perluxan from promising candidate to well-established product.

Perluxan was shown to moderately inhibit COX-2 and mildly inhibit COX-1, a profile that raised hopes that it could deliver pain relief without the side effects associated with either Vioxx or non-selective NSAIDs such as aspirin and ibuprofen. If Perluxan had shutdown COX-2 completely, it would have led to concerns about Vioxx-style adverse events. Equally, moderate or greater inhibition of COX-1 would imply the gastrointestinal tract side effects associated with nonselective COX inhibitors would be a real risk.

With the assay suggesting Perluxan occupied the sweet spot in COX inhibition and selectivity, the program was advanced into clinical trials. An early human clinical research program, a double-blind, parallel design trial, enrolled 19 healthy subjects and randomized them to one of three cohorts. One cohort received a 400 mg single dose of a common pain remedy, another took a soft gel containing 450 mg of hops resin and the final group were given capsules containing a powdered form of the resin. Both the hops resin arms of the study received 150 mg of alpha acids.

In the nine hours after taking the medication, the COX-2 levels fell by comparable amounts in each arm of the trial. As COX-2 is part of the key painkilling pathway, this suggested the hops resin may act on discomfort to a similar extent as the common pain remedy. The next step was to assess the effect of each treatment on COX-1, the enzyme involved in protecting the gastrointestinal tract. While the common pain remedy had a notable effect on COX-1 — dropping levels to 40% of the baseline — the hops extracts only caused a slight dip in the levels of the protective enzyme.

Subjects filled in a Western Ontario McMasters Osteoarthritis Index five‐item symptom assessment questionnaire prior to the start of the study. Participants were asked to stop taking NSAIDs, but were permitted to use acetaminophen as a rescue medication twice a week if necessary. Two-thirds of the subjects were randomized to receive either 1 g or 2 g daily doses of Perluxan, while the remaining subjects were given a placebo. These treatment regimens were followed for 14 days, with tests run shortly after initial dosing to assess the fast-acting properties of Perluxan.

One of the 24 subjects in the Perluxan arms used acetaminophen as a rescue medication, compared to three of the 12 participants in the placebo group. The one person who used acetaminophen while taking Perluxan was in the 2 g dose cohort, which, on multiple metrics, performed no better than the 1 g arm. One adverse event, a case of mild, intermittent belching in the 2 g cohort, was deemed to possibly be related to the treatment. Pre- and post-treatment blood tests suggested Perluxan was well tolerated.

The clinical trial program has provided data to support the argument that Perluxan can fill a vital niche in the minor pain relief landscape. Importantly, preclinical and clinical data suggest it is free from the COX-1-related complications that blight NSAIDs and cause gastric ulcers and bleeding in some people who take them.

As importantly, clinical trials have shown Perluxan acts fast against discomfort and is associated with sustained improvements in joint function and quality of life. Glucosamine, chondroitin and other dietary supplements are unable to deliver such fast-acting relief.

The data position Perluxan as a safe, fast-acting option for minor pain relief. Given that tens of millions of Americans suffer from joint discomfort, this is a therapeutic profile of interest to a large number of people.