The findings lend strong support to the flurry of activity in green tea supplements, growing fast in the US and set to make a strong impact in Europe too.

Green tea, traditionally consumed in Asia, has been the focus of much research in recent years, associating its powerful antioxidant compounds with anti-cancer activity, anti-bacterial effects and heart health. But until recently, green tea extracts imported from China and India have generally been used in beverages.

In a randomized, crossover study on 30 adults, researchers from the University of California, Los Angeles compared the antioxidant effects on plasma eight hours after subjects had consumed green tea, black tea or a green tea extract supplement.

"Flavanol absorption was enhanced when tea polyphenols were administered as a green tea supplement in capsule form and led to a small but significant increase in plasma antioxidant activity compared with when tea polyphenols were consumed as black tea or green tea,"​ they write in this month's issue of the American Journal of Clinical Nutrition (vol 80, no 6, pp1558-1564).

"Our observations suggest that green tea extract supplements retain the beneficial effects of green and black tea and may be used in future chemoprevention studies to provide a large dose of tea polyphenols without the side effects of caffeine associated with green and black tea beverages,"​ said the researchers.

A number of green tea extracts suitable for supplements have recently come onto the European market. DSM, which launched its highly purified EGCG product Teavigo last year, has recently gained approval from the Italian ministry of health for its safe use in supplements, food and cosmetics. The first supplement containing the ingredient is expected to launch early next year.

Growth in green tea use by food and beverage manufacturers has boosted output from China, where overall tea production rose by 3 per cent to an estimated 791 000 tonnes of tea in 2003. Green tea accounted for a 73 per cent of this output, according to FAO figures.

Tablet form is the leading form in the global dietary supplement market and it is also the most common application for vitamin supplement industry. The...

Innovating in Active Nutrition: The Next Generation of Wellness

Health has become a top priority recently for consumers, and increasingly, physical activity. For everyday wellness enthusiasts, weightlifting and hardcore...

Excessive crying and fussing has become one of the most common reasons parents consult a health care professional during the first three months of their... 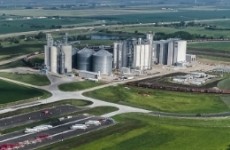 Become a Sustainability Leader in the Food Industry

Join ADM’s global experts as they share consumer and industry trends on responsible sourcing and sustainability. Learn about the innovative ways in which...