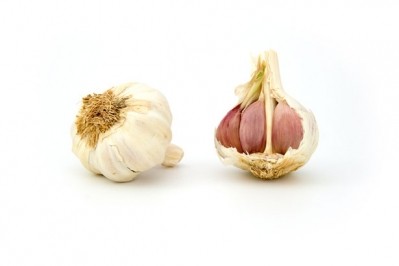 Consuming raw garlic could serve as a protective factor against lung cancer, even for smokers, suggests a new study by Chinese scientists.

Higher blood levels of vitamin B6 may reduce the risk of lung cancer by about 50 per cent, says a new analysis of almost 400,000 people, including current and former smokers.

Smokers who did not drink green tea at all may have a 13-fold increased risk of lung cancer, compared with those who drank at least one cup per day, suggests a new study from Taiwan.

Multivitamins, folate, and green leafy vegetables may reduce the risk of developing lung cancer in current and former smokers, says a new study from the US.

A population-based study reporting concerns over beta-carotene and other carotenoids and lung cancer in smokers was based on invalid methodology, questionable statistical evaluations, and speculative explanations, says a German professor.

Long-term supplementation with beta-carotene may increase a smoker’s risk of lung cancer says a new population-based study from the University of North Carolina at Chapel Hill.

A compound found in broccoli may help protect against lung cancer in smokers, according to results of a study with mice.

Increasing intakes of vitamin E may decrease the risk of lung cancer by over 50 per cent, according to a new study from the US.

The risk of lung cancer amongst smokers may be decreased by as much
as 50 per cent by an increased intake of certain antioxidant
flavonoids, according to a new study from UCLA.

An increased intake of green leafy vegetables, but not fruit, may
reduce the risk of lung cancer by 50 per cent, suggests a new study
from Spain.

Long-term and high dose supplementation with vitamin E may result
in a "small increased risk" of lung cancer, most notable
amongst smokers, says new research.

High intake of vitamins A, C, E and folic acid do not reduce the
risk of lung cancer, says a pooled analysis of prospective studies.

Eating cabbage and other vegetables from the same family could help
reduce the risk of lung cancer for some people with a particular
genetic make-up, suggests new research.

Eating foods containing phytoestrogens - like soya products, plant
oils and a range of different fruits and vegetables - appears to
reduce the risk of developing lung cancer even in smokers, reveals
new research out today.

A family of compounds found in broccoli and other vegetables
blocked lung cancer progression in both animal studies and in human
lung cancer cells, report researchers.

Cancerous cells in the prostate appear to be less able to absorb
zinc, suggest preliminary findings by the US Agricultural Research
Service, and this may lead to the cancer's spread.

Red wine may protect against the development of lung cancer in men,
suggests new research, with each daily glass conferring additional
benefit.

Smokers taking a wide range of antioxidants through their diet
appear to have a lower risk of lung cancer, according to a recent
study.

Higher levels of the antioxidants beta-carotene and vitamin C,
along with the antioxidant trace mineral selenium, were associated
with a lower risk of asthma in a large study on young Americans,
published this week.

US-based Integrated BioPharma and The Institute for Cancer
Prevention (IFCP) are to jointly research and develop compounds
with anti-carcinogenic activity produced by transgenic plants.

Beta-carotene may raise lung cancer risk in smokers, but not long-term

Antioxidants could have significant impact on risk for cancer but
their effects wear off some years after people stop taking the
supplements, suggest new findings which appear to back the raised
risk of lung cancer for smokers taking...

Lycopene interaction with smoking under spotlight

Researchers are to evaluate whether the positive effects of tomato
lycopene in reducing oxidative stress, previously seen in
non-smokers, is also produced in smokers, a high-risk group for
lung cancer.

The chemical cousin of vitamin A is thought to restore production
of a key protein, which has been damaged by cigarettes in the lungs
of former smokers, and protects the cells against lung cancer,
according to new findings published...

The use of deguelin, a natural plant extract most commonly used as
an insecticide in Africa and South America, inhibits the growth of
precancerous and cancerous lung cells, with no toxic effects on
normal cells, according to a study...

A combination of vitamins C and E and betacarotene can help speed
up the death of lung cancer cells, according to new research by
scientists in India. A study conducted at New Delhi's All India
Institute of Medical sciences showed...