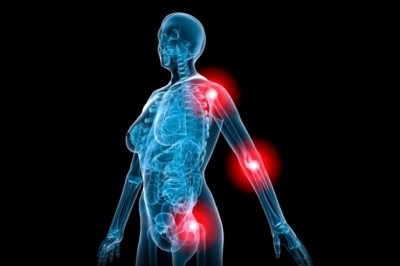 A study that suggests consuming a vitamin K2-rich cheese could help ward off bone thinning has been accused of “stretching credulity.” 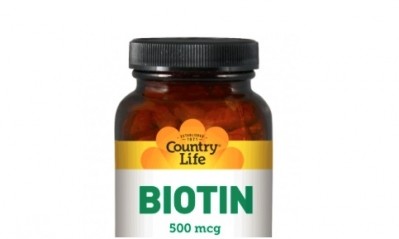 Country Life Vitamins has joined the ranks of supplement companies that have achieved a non GMO Project Verifed certification. Getting there wasn’t easy, but the effort has become necessary because of the rising demands of consumers, the company said.

Kraft: probiotic cheese is a disappointment

Kraft US has confirmed what many market analysts have been saying for some time – probiotic cheese is not winning over the public.

Probiotics have had a rapid rise to public prominence in North America since Danone launched probiotic drinkable and spoonable yogurts on the US market in 2005, but probiotic cheeses have won little favor, according to Euromonitor research.

Chr Hansen is refining its probiotic offerings with the intention of making cheese ‘the new yoghurt’ as a user-friendly, efficiacious probiotic medium.

The trend towards low and reduced-fat food is creating
opportunities for enzyme-modified cheese flavours to create intense
cheese-tasting food without the calories.

Milk from the yak can produce cheese with more heart-healthy fats
than cheese from dairy cattle, suggests new research.

Israel export values are growing in line with an increasing global
demand for kosher food, fuelled by consumer preference for its
clear labelling and rigorous requirements.

Dairy processor Saputo intends to acquire the activities of
Wisconsin-based Alto Dairy Cooperative, saying it hopes to increase
its presence in the fragmented US cheese market.

Construction has started on a new plant that will focus on the
production of a "healthy" dairy ingredient, announced the
Center for Advanced Technology & Innovation (CATI).

Cheese processors in the UK have been handed tougher guidance on
hygiene, following EU claims that the country's food safety
authority was not doing enough to protect consumers.

An unhealthy image for cheese in the UK threatens to prevent many
varieties from leaping on the functional food bandwagon.

Synergy is opening a new technical centre in Thailand - a resource
intended to help it tap local Asian markets and to lend its
knowledge of western markets to manufacturers wishing to export to
Europe.

Cargill is introducing a new aromatic cheese culture to create
subtle fruity aromas in the rind and mould of ripened cheese, a
quality said to be sought after by consumers.

Arla Foods is establishing a new joint venture with Russian
distribution partner Artis, which will allow it to better tap
opportunities in the country's growing cheese and butter market.

Savoury ingredients supplier Synergy has launched a line of cheese
ingredients designed to enhance flavour and mouthfeel while also
providing manufacturers with some cost benefits.

Greek researchers have isolated three strains of bacteria from
dairy sources that have desirable probiotic properties and could be
applied in the food industry.

Chr Hansen is looking to tap the highly lucrative organic food
market with a new range of dairy flavours made from real milk,
cream, and cheese.

Carbery believes that its new corporate structure will enable the
dairy ingredients giant to tap growing demand for added value
products and provide a one-stop-shop for manufacturers.

Time for cheese to up its role in nutraceutical segment

A major repositioning of cheese as a nutraceutical food could
significantly boost growth in this traditional category, argues a
new report.

Chr Hansen plans to use this year's Cheese Industry Conference to
showcase the technology that it believes can improve production for
high volume manufacturers, Philippa Nuttall reports.

A Canadian scientist is claiming that he has identified which cows
genes help to determine the quality and type of cheese.

US goes Hispanic with its cheese ingredients

Americans are going Hispanic with their cheese ingredients,
according to the Wisconsin Milk Marketing Board (WMMB).

Kefir producer Lifeway Foods is branching out from functional foods
for which it is best known and has created a new line of cream
cheeses.

Speciality cheese breaks into US mainstream

US cheese consumption is rising faster than ever before, helped by
a growing interest in speciality cheeses as varied as Parmesan and
Provolone, reports Tom Armitage.

Dairy opportunities in the Middle East

Dutch chemicals firm DSM has opened a €12 million food research and
product development centre, which is expected to speed up the time
it takes for a new product to reach the market and boost creativity
in food ingredient design.

After a year of acquisitions and the launch of numerous innovative
products, Swiss dairy group Emmi is well on track to meet its
growth targets for 2003.

Maker of dairy alternatives Galaxy Nutritional Foods has entered
into a distribution and licensing agreement with French cheese firm
Fromageries Bel, which will see its products distributed in a large
number of European markets.

Researchers at a Dutch university claim to have developed a model
that predicts how cheese will change when a force is applied to it.
The new model will help to predict how cheese will be damaged
during the packaging or transportation...

Grits, a breakfast favourite throughout much of the southeastern
United States, are now a healthier way to start the day thanks to
the addition of calcium, at least according to Quaker Oats.

The UK's Food Standards Agency has launched a new food safety
initiative aimed at the country's 180 or so specialist
cheesemakers.