Zila, a US pharma and biotech company, has achieved double-digit
sales growth for the first half of 2004, mainly due to the
performance of its nutraceutical division. Operational costs
exceeded sales however, due to higher cost of...

Vitamin D in boys to avoid schizophrenia in men

Adding to the growing list of potential benefits of vitamin D
consumption, researchers from Australia find that doses of vitamin
D in early life could help reduce the onset of schizophrenia in
men.

Fortifying enriched grain products with folic acid in the 1990s
appears to have been followed by a decline in stroke and ischemic
heart disease deaths, US government researchers reported at an
American Heart Association conference...

Older women with low levels of vitamin B12 are more likely to
experience rapid bone loss, according to new research, which helps
to establish the importance of the vitamin in bone health.

Further evidence suggests that deficiency in vitamin C could
increase the likelihood of children developing asthma.

Folate fortification of flour may have worked better than
previously thought to reduce the number of children born with
neural tube defects (NTDs), suggests a new study looking at the
impact of the recently launched fortification...

Mineral water fortified with folic acid and a handful of vitamins
can reduce plasma homocysteine levels, a risk factor in
cardiovascular disease, report Finnish researchers this month. In a
separate study on mineral water German researchers...

Cognis, the speciality chemicals company, suffered a tough year in
the nutritional ingredients market, with a long-awaited surge in
the growth of its natural vitamin E sales undermined by adverse
currency movements.

CT-based Competitive Technologies said last week that drugmaker
Wyeth has filed an appeal with the US Supreme Court to overturn a
$58 million patent infringement award granted by a federal court to
the University of Colorado.

Michigan-based Graminex is introducing new pollen extract
formulations with increased potency and bioavailability for use in
dietary supplements.

Taking high-dose vitamins to reduce levels of the amino acid
homocysteine, thought to reduce heart disease risk, appears to do
little to prevent a second stroke in patients, show results out
today from a major international trial.

Higher levels of the antioxidants beta-carotene and vitamin C,
along with the antioxidant trace mineral selenium, were associated
with a lower risk of asthma in a large study on young Americans,
published this week.

Supplement maker Metabolife, a name strongly associated with the
weight loss herbal ephedra, has launched a new appetite
suppressant, free of both ephedra and caffeine.

Leiner on the block?

Leiner Health Products, the leading supplier of private-label
vitamins and dietary supplements in the US, could be up for sale,
according to a report in the New York Post.

Children with severe burns have a diminished capacity to make
vitamin D and should receive vitamin D supplements to stop their
bones from weakening, report US researchers this week.

Taking individual supplements of the antioxidant vitamins E and C
could help prevent the onset of Alzheimer's among the elderly,
finds a new study.

Supplement maker Natrol said this week that it will invest further
in better product development and quality assurance to meet growing
consumer demand for higher standards.

Vitamin D intake appears to be inversely associated with rheumatoid
arthritis, according to a new study that investigates the link
between the vitamin and reduced risk of the disease in
postmenopausal women.

PepsiCo's Tropicana brand has added a sub-line of fortified juices
to its range, including an immune-boosting variety with selenium,
increasing its activites in the functional beverages sector.

German chemicals firm Merck KGaA, one the vitamin manufacturers
involved in the price fixing allegations, has reached a settlement
and is co-operating with the plaintiffs, reported the New York
Times today.

The US Supreme Court said yesterday it would hear an appeal by
Roche, BASF and other vitamin makers, challenging a previous ruling
that allowed foreign buyers to sue them in the US for their
activities abroad.

Both vitamin D and cod liver oil, rich in omega-3, consumed early
on in life appear to reduce the risk of type 1 diabetes, suggests
new trials out this month. But neither study finds a positive
effect from supplements.

A surge in sales of its Ester-C brand in the nutraceuticals
division helped pharma and biotech company Zila offset an overall
loss for the first quarter, knocked by higher ascorbic acid costs.

Cognis company's antioxidant and botanical ingredients division,
Cognis' Nutrition & Health, announced on Thursday that the
allegations made against Cognis in a lawsuit filed last week by
Kemin Foods, L.C. are unsubstantiated.

People with persistent, non-specific musculoskeletal pain should be
screened regularly for vitamin D deficiency, report authors of the
leading study in this week's Mayo Clinic Proceedings.

Pick a pomegranate for 2004

Growing concerns over obesity and wellbeing in an increasingly
health conscious society are set to dramatically impact innovation
in the ingredients, cosmeceutical and even fast food industries,
predicts market research firm Mintel.

A diet high in citrus fruits could help to prevent certain cancers
and reduce risk of stroke, concludes a review of the evidence
released this week by Australia's research organisation CSIRO.

Calcium and vitamin D work in tandem, not separately, to reduce the
risk of colorectal cancer, according to a new study reported in
today's issue of Journal of the National Cancer Institute.

Vitamin B12 linked to better recovery from depression

Vitamin B12 supplements may help people to fight depression as they
appear to improve response to treatment, shows research by Finnish
researchers published today.

Powerbar, the founder of energy bars in the US, is to launch two
new products designed to meet the different demands of men and
women in an increasingly carb-conscious America.

The Cognis Group, a leader in antioxidant and botanical
ingredients, announced recently that it is near to completing
construction of the world's largest stand-alone manufacturing
facility for phytosterols.

The European Commission will plunge €11.7 million into a five-year
project to investigate the treatment of obesity, one of the main
causes of diabetes, it announced today, coinciding with World
Diabetes Day.

Cognis Nutrition and Health has expanded its customer service
centre in the US and moved to a new location in Cincinnati, Ohio.

Swiss chemicals firm Lonza is strengthening its position in the
vitamin B3 market, with construction of a new niacinamide plant at
its Guangzhou site in China.

Always one of the biggest stands at Vitafoods, Cognis Nutrition and
Health seem ever more present this year, with heavy marketing,
including an evening event, to launch its Tonalin CLA to the
European market.

Balchem reported a small rise in net sales, up 3 per cent, during
the first quarter of 2003, although sales in its Encapsulated
products segment dropped, owing to the current difficult economy
for the food industry.

Archer Daniels Midland, the giant US agricultural products
processor, has extended its international alliance with
Nutraceutix, a manufacturer of controlled delivery technology for
the pharmaceutical industry.

ADM Natural Health and Nutrition is launching a new vitamin E for
use in clear beverages onto the European market.

Nutrition is set to take on a bigger role in eye health in the
coming years, with eyecare specialists likely to start promoting
supplements as a means of treatment.

Health ingredients manufacturer Cognis Nutrition and Health says
the US Food and Drug Administration has approved GRAS status for
the company's Xangold brand natural lutein esters products in a
variety of foods.

Balchem Encapsulates said it will now be offering only USP-grade
choline chloride and choline bitartrate to customers. The company's
products have received a quality recognition from the United States
Pharmacopeia (USP) which...

Cognis Nutrition & Health, a nutritional ingredients supplier,
has responded to claims made earlier this week by Dutch rival
Loders Croklaan regarding the infringement of several of its
patents.

Speciality chemicals company Cognis announced today that its
agreement with Norwegian firm Natural for the licence to its
Tonalin brand conjugated linoleic acid (CLA) will go into effect
this weekend. 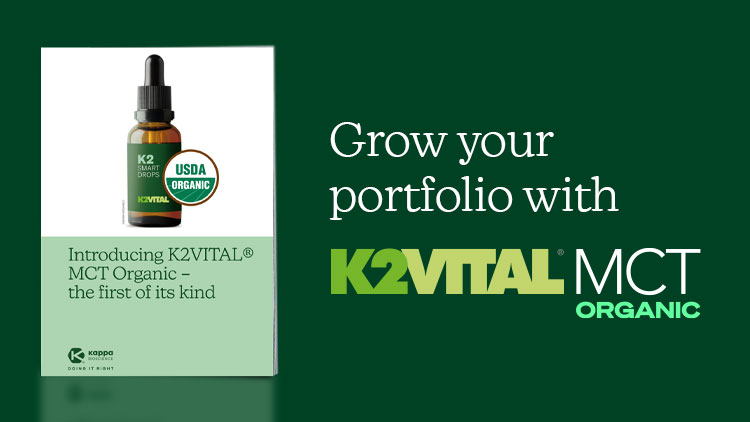 Supplements have been among the dominant performers in the organic category. Get ready for the future and be... 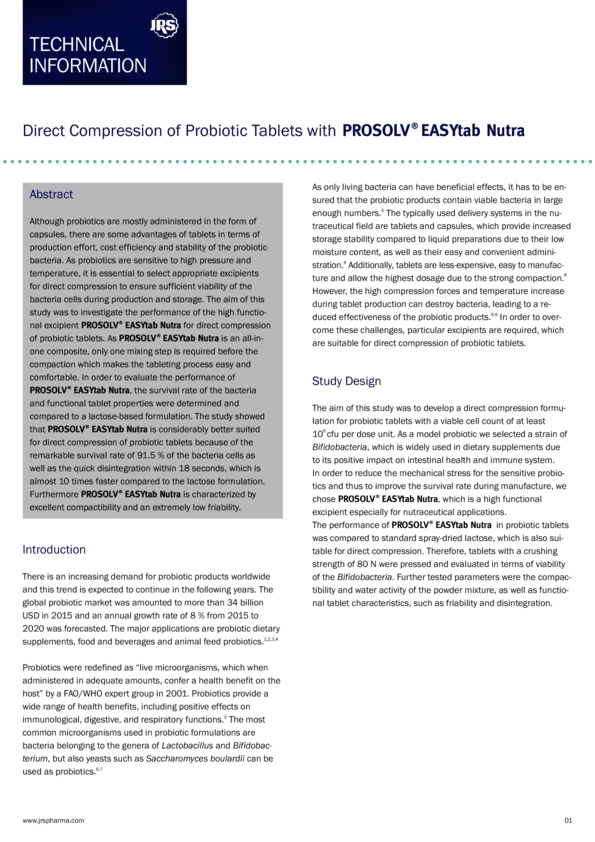 Although probiotics are mostly administered in the form of capsules, there are some advantages of tablets in terms of production effort, cost efficiency... 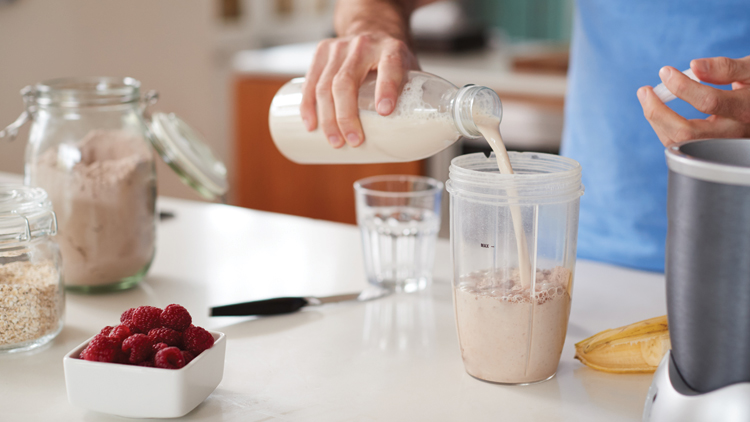 Consumer lifestyle changes have created growth opportunities for sports nutrition brands, as the category crosses into mainstream food and beverage.