AquaNova has applied its solubilization technology to soy
isoflavones, resulting in a fat- and water-soluble form that has
been shown to greatly improve bioavailability.

Ocean Spray is encouraged that the findings of a small study into
the health properties of dried cranberries will lead to their use
in a broader range of healthy food products.

FTC cracks down on false claims for HRT alternatives

Taking supplements of the herbal black cohosh is unlikely to offer
much relief from menopausal hot flushes, conclude the US
researchers on a new trial.

A clear, consistent message is needed on the benefits or risks of
eating soy, reports a study of soy consumption amongst women at
risk of developing breast cancer.

Pre-school girls eating French fries once a week could increase
their future risk of developing breast cancer by more than a
quarter, reveals new research from the US.

Losing a mere 4.5kg in weight before the age of 30 appears to more
than halve the risk of developing breast cancer in a small number
of women.

The American Herbal Products Association's trade recommendations on
black cohosh adulteration and labeling of caffeine content are due
to come into effect next month, aimed at advancing quality and
safety in the herbals industry.

UK doctors, struggling to give advice to women on alternatives to
hormone replacement therapy (HRT), are launching a study to find
out how effective red clover is at preventing the hot flushes
experienced during menopause.

Researchers at UCLA have reported that daily exercise and replacing
the typical high-fat American diet with low-fat, high-fiber foods
may slow the growth of breast cancer cells in postmenopausal women
by as much as 19 percent, writes...

Calcium reduces osteoporosis risk for women on the Pill

Oral contraceptives may prevent young women from attaining optimal
bone mass and increase their chances of developing osteoporosis in
later life. But a new study from Purdue University indicates that
upping dietary calcium may offset...

A diet rich in calcium and vitamin D may lower the risk of
developing premenstrual syndrome (PMS), a condition that affects up
to a fifth of all women, researchers reported yesterday.

More than half of osteoporosis sufferers do not consume sufficient
quantities of vitamin D, suggests new research - an oversight that
could make them more vulnerable to falls and fractures.

Breast cancer survivors who stick to a low fat diet could be 24
percent less likely to suffer a relapse than those eating a
standard diet, according to researchers at the Los Angeles
Biomedical Research Institute at Harbor-UCLA Medical...

Black cohosh has no benefit on hot flushes, says US team

Black cohosh does not reduce hot flushes in women any better than a
placebo, said US researchers yesterday. 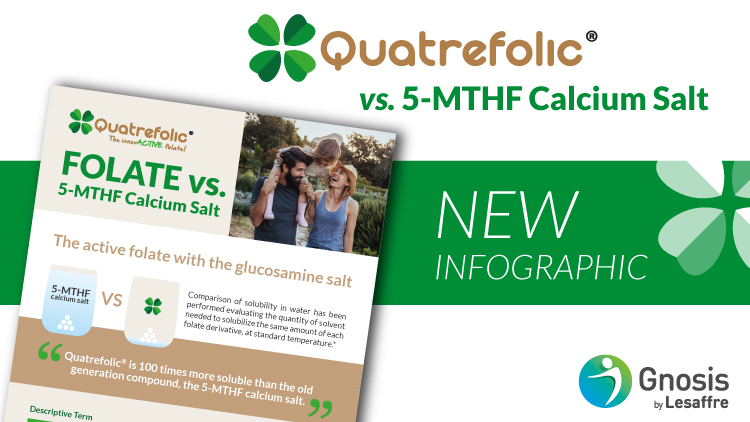 Behind Quatrefolic® is an innovative product that offers significant advantages over previous generations of folates and maintains the same biological... 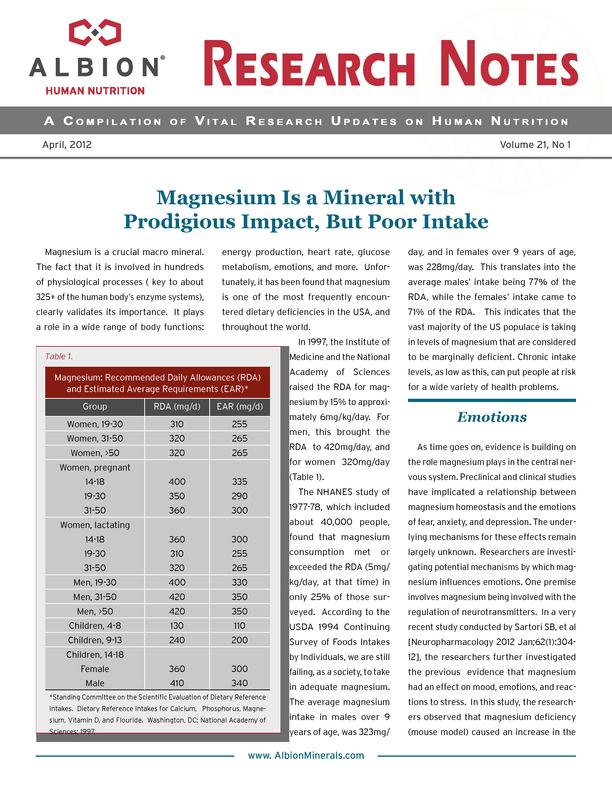 The Most Bioavailable, Organic Form of Magnesium

Magnesium is required by over 360 biochemical functions in the body, from energy production to sleep. But, it has little benefit if the body cannot tolerate...