Cosmeceutical makers can charge a premium

Consumers are more than willing to pay a premium for cosmetic
products that promise fewer wrinkles, including cosmeceutical
supplements, suggests a new report.

A new CoQ10 product, said to be more bioavailable than the commonly
marketed crystal form, is set to open up a number of food and drink
applications for the ingredient, already booming in supplement
form.

Foods designed to help slow ageing are exploding onto the European
market, with mainstream manufacturers confirming that the trend may
be here to stay, reports Dominique Patton.

Canadian biotech company Advitech has come a step closer to
launching whey-derived XP-828L as an oral alternative to
conventional drugs for psoriasis sufferers with the announcement of
positive results in a clinical trial to test...

Oral antioxidants may be sunburn barrier

As temperatures starts to rise, so do voices warning about the
dangers of over exposure to UV rays. Sun protection usually
involves topical creams, but evidence of oral antioxidants' ability
to boost protection may provide an...

SOD supplement may protect against sunburn

A superoxide dismutase supplement, one of the first marketed
commercially, could reduce the susceptibility to sunburn, report
Dominique Patton and Jess Halliday.

Advitech's bid to exploit the potential of XP-828L in the
anti-inflammatory market was given a boost this week when the
Canadian government granted funding of C$610,000 towards its
research project at Université Laval, reports...

Get vitamin D from supplements not sunshine

Medical experts are warning that people wanting to boost their
vitamin D should do so by supplementing their diet rather than
putting themselves at risk of skin cancer by increasing exposure to
natural or artificial UV.

Adding the probiotic bacteria Lactobacillus GG (LGG) to the daily
diet of children with a food allergy helped to reduce eczema
symptoms, report researchers this month.

Canada's Advitech is continuing with the clinical trial program for
XP-828L sweet whey protein extract to give the product weight with
dermatologists and help it achieve its market potential - an effort
which led the biotech...

Japan's Kirin Brewery says it has new animal and human clinical
data showing that one of its lactic acid bacteria strains is
effective at preventing atopic dermatitis.

Supplements of either natural or synthetic source vitamin E almost
double the levels of this important antioxidant on the skin's
surface, report researchers this month, providing the first strong
evidence for the role of vitamin...

Cosmeceuticals, or supplements that target skin health and beauty,
are seeing fast growth in Europe since emerging as a new concept
but much of the growth so far has come from a handful of brands,
reports Dominique Patton. 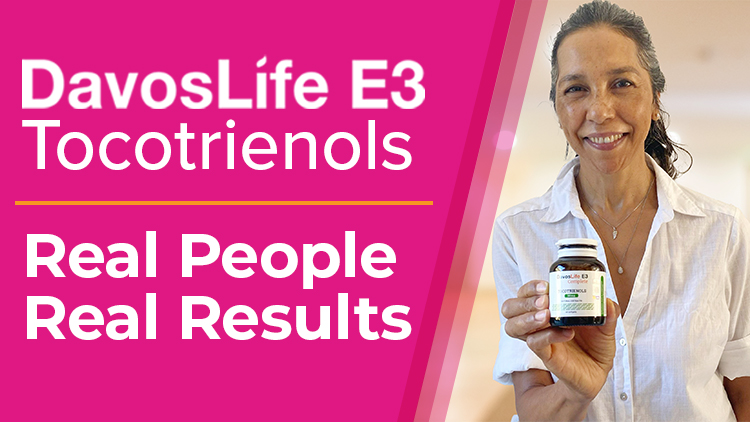 DavosLife E3 Tocotrienols is an extraordinary natural Vitamin E comprising the full spectrum of Tocotrienols and α-Tocopherol. It is a potent bioactive...