A mouse study conducted at the Washington University School of
Medicine suggests that drinking pomegranate juice during pregnancy
may reduce the hypoxia ischemia-related brain injuries in babies,
writes Jess Halliday.

Dieting when pregnant may raise child's chances of obesity

Children of women who diet or do not get enough nutrition during
pregnancy are more likely to become obese, according to Japanese
researchers.

Vitamin C may counter some of smoking's effects on foetus

High doses of vitamin C may have the potential to counteract some
of the negative effects on the foetus caused by a mother's smoking,
suggests research in monkeys.

Increased consumption of folic acid may have helped to reduce the
number of children born with neural tube defects in Chile,
according to a new study.

Mothers could reduce the chances of their female offspring
developing breast cancer in later life by eating foods rich in
omega-3 while pregnant and nursing, suggests research presented
today at the annual meeting of the American...

A new study will test the impact of an Atkins-type high-meat,
low-carbohydrate diet in late pregnancy on a mother's offspring.

Researchers at Mexico's National Institute of Perinatology have
found that women taking 100mg of vitamin C supplement a day from
the 20th week of pregnancy may reduce the risk of their waters
breaking too early.

Supplementing infant formula with long-chain polyunsaturated fatty
acid (LCP) throughout the first year of life may help babies see
more clearly, according to scientists at the Retina Foundation of
the Southwest in Dallas, Texas.

Iron-deficient mothers not so good at bonding with child

New mothers who are mildly iron deficient are less emotionally
available or in tune with their babies, said researchers this week.

Almost half the mothers and a third of infants tested in a new
study were deficient in vitamin D, say Canadian researchers,
revealing potential risks to health.

UK researchers will investigate whether teenage mothers have
greater need of calcium and other mineral supplements than older
preganant women.

Dutch clinical and infant nutrition group Royal Numico has signed
an agreement to acquire Mellin, a leading Italian baby food
company, from the Findim group, for €400 million in cash and
shares.

Folic acid advice has had little impact on birth defects

Recommendations for women planning a pregnancy to take folic acid
supplements have had no impact on the number of babies born with
neural tube defects, says an international team of researchers.

Obesity increases the risk of a mother giving birth to a child with
neural tube defects, even if they are receiving folic acid,
suggests a new study.

The popularity of low carb diets makes the message of National
Folic Acid Awareness Week more significant than ever, as women of
childbearing age may be risking the health of their babies by
cutting back on sources of the B vitamin.

With more than half of US women of childbearing age still not
taking a folic acid supplement despite the evidence suggesting its
importance in avoiding birth defects, the CDC Foundation has
launched a new education campaign, reports...

Pregnant women should take vitamin D supplements to protect their
offspring from multiple sclerosis, a UK-based expert has urged.

The soy isoflavone genistein may inhibit intestinal cell growth in
babies, say US researchers, who have carried out tests on newborn
piglets.

Government campaigns to reduce salt consumption in consumer diets
are in place but scientists in Switzerland are calling for new
research into the possible beneficial effects of salt increase in
pregnant women with high blood pressure.

Multivitamins before pregnancy may prevent prematurity

Women who take multivitamins before becoming pregnant are less
likely to give birth to premature babies, suggests a new study. 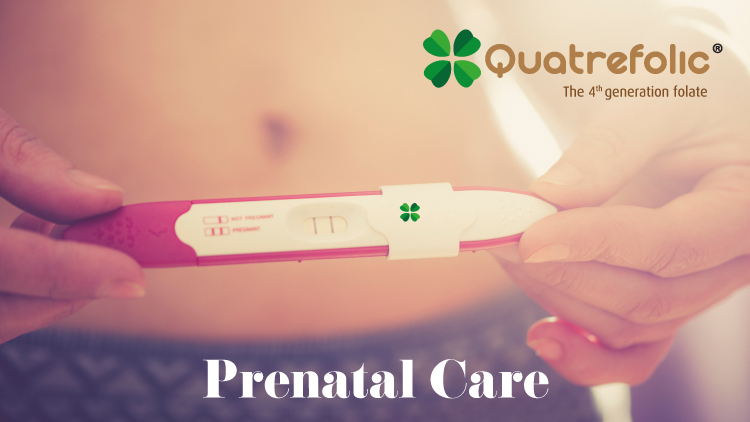 You can get folic acid from vitamins and fortified foods, such as bread, pasta, and cereals. Folate is found naturally in foods such as leafy green vegetables,...