Something fishy about omega-3?

The market for foods fortified with these fatty acids is growing
fast, but caveat emptor: not all omega-3 is created equal.
Jess Halliday asks whether consumers are getting a good
deal.

Consumption of lignans could help preserve cognitive function in
postmenopausal women and decrease their risk of developing
Alzheimer's disease, according to researchers at the Julius Center
for Health Sciences and Primary Care...

Consumption of lignans could help preserve cognitive function in
postmenopausal women and decrease their risk of developing
Alzheimer's disease, according to researchers at the Julius Center
for Health Sciences and Primary Care...

Modern diet may be causing depression

Scientists have long suspected that a lack of omega-3 may
contribute to depression, but the latest study suggests that an
excess of omega-6 - the fatty acid which is more prevalent in the
modern diets - may have more to do with it,...

The first omega-3 milks to hit the UK market will benefit from
increasing demand for healthy children's food, following a wave of
media reports on research into brain food and the poor quality of
school lunches, writes Dominique...

Taking a supplement of the milk protein alpha-lactalbumin, rich in
the amino acid tryptophan, appeared to improve sleep quality and
alertness in the morning, according to a small Dutch trial.

Diets rich in vitamin E could protect against the development of
Parkinson's disease, suggests a new meta-analysis published today.

Canada's Bioriginal is introducing a new range of essential fatty
acid ingredients in flavored powder form, that will help
formulators incorporate omega-3, -6 and -9 into a wider range of
food products, reports Jess Halliday.

D-theanine can inhibit the body's absorption of the amino
L-theanine and may present a health risk to consumers, suggest
researchers at Iowa University.

Supplementation with fatty acids may be a safe and effective way of
dealing with educational and behavioral problems among children
with developmental coordination disorder (DCD), according to an
Oxford University study published...

The United States may face an explosion in age-related dementia in
the next 20 years if it fails to contain the present obesity
crisis, warn researchers at Californian health care delivery
organization Kaiser Permanente.

Scientists in Oregon, US have presented a study that seems to
suggest that ginkgo biloba may help improve attention in MS
patients with cognitive impairment.

Ocean Nutrition Canada (ONC) has signed its first co-branding
license agreements that will see its MEG-3 brand fish oil
ingredients appear on supplement and food product labeling, and may
crystallize formulators' choice between...

A study carried out by the Vanderbilt University Medical Center
indicates that selenomethionine is twice as bioavailabile as
selenium in the form of selenite.

High doses of vitamin E had no effect on preventing the age-related
Alzheimer's disease, said US researchers yesterday.

People who consume a lot of folate, or take large doses of folic
acid in supplement form, may have a faster rate of mental decline
when older, say researchers on a large population study.

Iron-deficient mothers not so good at bonding with child

New mothers who are mildly iron deficient are less emotionally
available or in tune with their babies, said researchers this week.

Eleven-year-olds that took zinc supplements for five days each week
had better mental performance after three months than their
classmates, said researchers yesterday.

Manufacturers of two thirds of fish oil supplements sold in the US
comply with the strictest standards to remove environmental
contaminants, concludes a survey published by Environmental Defense
(ED) yesterday.

People who eat significant amounts of the omega-3 fatty acid
docosahexanoic acid (DHA) may be less likely to get Alzheimer's
disease, suggests an animal study.

An extract of butterbur root appears to reduce migraines in
children and adolescents, confirming the benefits previously seen
in adults.

New omega-3 fortified foods are reaching the US market this year,
helped by government support for their health benefits.

Scientists carrying out meta analysis of research into the effects
of exogenous melatonin have concluded that supplements can help
improve sleep quality, decreasing sleep onset latency and
increasing sleep efficiency and total sleep...

Increasing consumption of meat in the developing world could be a
more effective means of reducing nutrient deficiencies than giving
children supplements, say US researchers, who called for more
attention to be paid to animal source...

Ocean Nutrition Canada (ONC) has purchased a new production
facility in Arcadia, Wisconsin, to meet growing demand of its
omega-3 EPA/DHA ingredients from food and supplements manufacturers
in the US.

John's wort extract as effective as drug for severe depression

A St John's Wort extract, produced by German group Schwabe, is at
least as effective in treating moderate to severe depression as a
commonly prescribed anti-depressant, finds new research out today.

A new study suggests that DHEA supplements may be an effective
alternative to traditional anti-depressants for sufferers of
midlife-onset major or minor depression.

The kava industry will get a chance to enter the UK market again if
it can produce new evidence supporting the herbal's safety before
the end of April.

People with depression appear to have lower levels of the vitamin E
alpha-tocopherol circulating in their bloodstream, report
researchers, who will investigate further whether vitamin E
supplements can help their symptoms.

Anaemic mothers who took iron supplements reported significant
improvement in depression and anxiety levels after giving birth
compared to those who took a placebo, shows a new study.

A University of Toronto study involving beagles indicates that
cognitive stimulation may boost the effects of an antioxidant-rich
diet in combatting the loss of learning ability with advanced
aging.

Curcumin, the yellow pigment in curry spice, is to be investigated
for its potential in prevention of Alzheimer's disease after tests
on mice found it to be more effective than drugs currently being
investigated for treatment.

People who eat oily fish or take fish oil supplements score 13 per
cent higher in IQ tests and are less likely to show early signs of
Alzheimer's disease, according to a new study in Scotland.

Iron supplements may be useful for children with attention-deficit
hyperactivity disorder (ADHD), say researchers that have found a
small group of these children to be deficient in the mineral.

Restricting the diets of mice reduces the build-up of plaques in
the brain that are linked to Alzheimer's disease, according to a
new study that offers further evidence of the benefits of calorie
restriction.

A decreased level of an enzyme that breaks down insulin in brain
tissue may explain why diabetes patients have a higher risk of
Alzheimer's, report researchers.

Israel-based Enzymotec in conjunction with Tel Aviv University has
concluded a study showing that a superior lipid-based delivery
system for DHA had a significant effect on the cognitive
performance in elderly rat models.

Combining B vitamins with a powerful antioxidant could lower blood
levels of the amino acid homocysteine enough to prevent dementia,
claims a UK research firm preparing to test the theory in clinical
trials.

Adding the amino acid supplement SAMe to a standard antidepressant
may be helpful to patients who have not responded to single-drug
treatment for clinical depression, say US researchers.

A potent antioxidant abundant in apples and some other fruits and
vegetables appears to protect brain cells against oxidative stress,
a tissue-damaging process associated with Alzheimer's and other
neurodegenerative disorders.

Malnutrition in the first few years of life leads to antisocial and
aggressive behaviour throughout childhood and late adolescence,
report US researchers.

Women in particular gain from an increased intake of omega-3 fatty
acids, according to a new study.

Increased intake of the omega-3 fatty acid docosahexaenoic acid
(DHA) may boost the production of a protein known to destroy the
plaques associated with Alzheimer's disease, reports a new study. 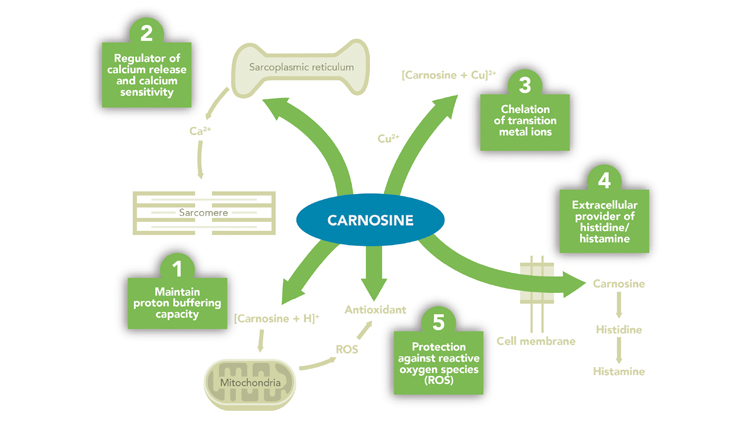 Check out this easy-to-read overview of SR CarnoSyn®, the globally patented, clinically confirmed supplement for wellness and healthy aging. The insider... 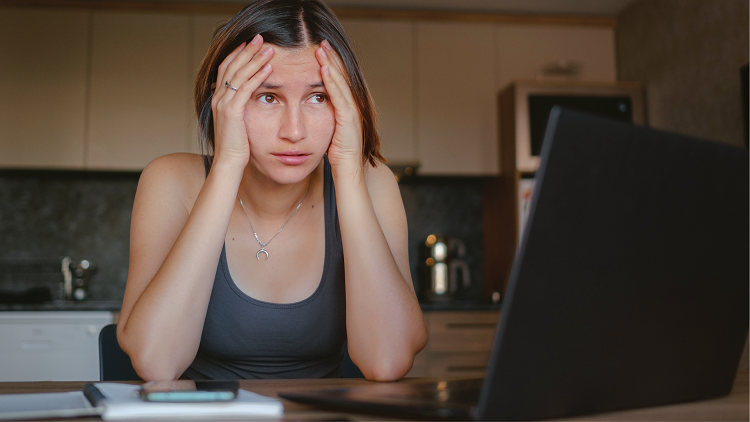 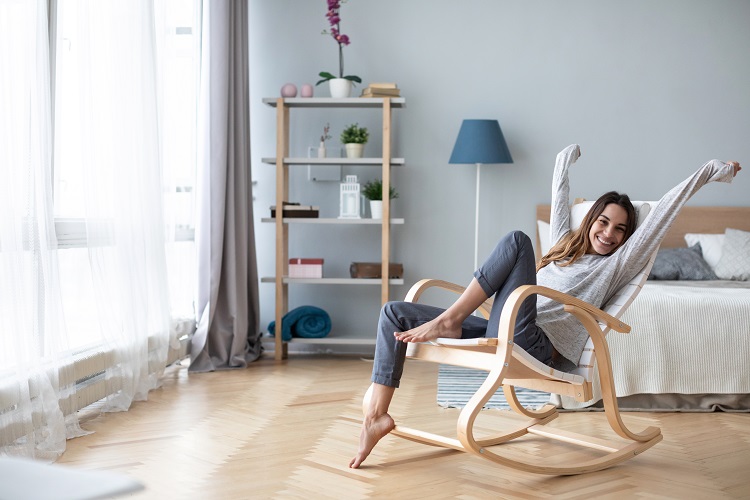